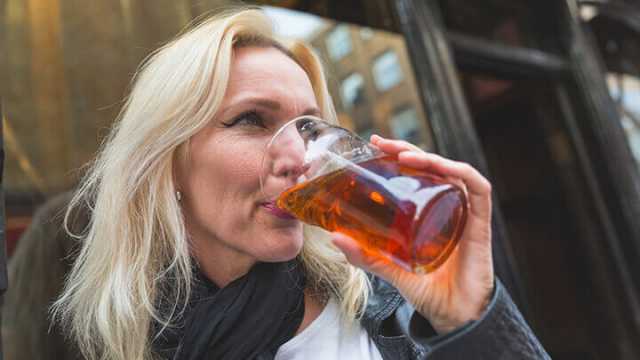 Trisha is a thirty-something mom with two young children, a good husband and a successful catering business. Despite the daily chaos of raising school-age kids and a managing a fast-growing company, Trisha somehow gets it all done.

Outwardly, Trisha is the epitome of success. She’s smart, good looking, but also down to earth and fun to be with. She seems to have all. But keeping up with all the constant demands for her time and attention can be very stressful.

To deal with the constant hassles, Trisha likes to kick back once in awhile with a few of her gal friends to enjoy a few rounds of drinks. No one gets too “wasted,” at least not most of the time, but Trisha readily admits that she looks forward to getting a good buzz on. A few glasses of wine and maybe a cocktail or two, that’s her recipe for coping with the challenges of modern motherhood.

Is excessive alcohol consumption a public health crisis among women?

Trisha’s story is increasingly common. According to the Centers for Disease Control (CDC), women are drinking at a much higher rate than previous generations. As one headline put it, heavy drinking is becoming the new normal. This shift, however, is having a decidedly negative impact on women’s health.

The link between excessive alcohol consumption and health problems are well-established. Drinking too much can cause liver damage, heart disease and elevate the risk for some cancers. However, moderate consumption is supposed to have health benefits. For example, numerous studies have found a maximum of one or two glasses of wine per day may actually help protect against cardiovascular disease. More recently, however, research is showing that men and women metabolize alcohol quite differently. These findings suggest that drinking takes a far greater toll on women than on men, which means women need to be more careful about how much they consume.

In fact, health officials insist that a dramatic increase in binge drinking is largely responsible for a sharp rise in mortality rates among women ages 35 to 54. Here are a few startling statistics that illustrate the extent of the problem:

These stats, according to Katherine M. Keyes, who teaches at Columbia University, are indicative of a “looming health crisis” among American women. 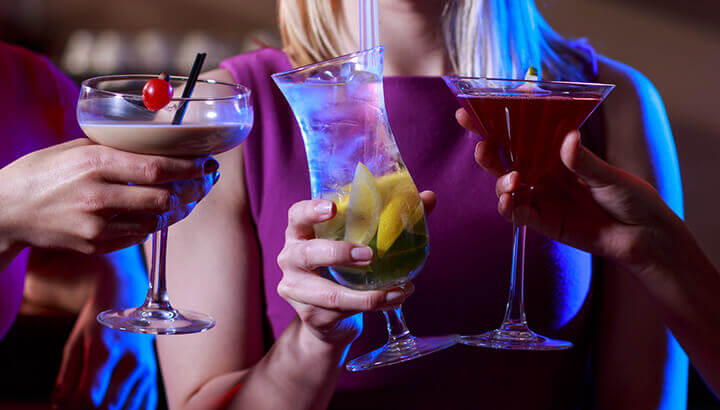 What’s behind the trend towards binge drinking? Experts believe there are a number of factors at work. First, new norms equating heavy drinking and female empowerment have taken root. These mores are continually being reinforced, particularly in social media advertisements, which have been targeting women with marketing content pairing intoxication with liberation from the stress of motherhood.

For example, brand and marketing efforts have touted products and campaigns that include:

Jean Kilbourne, an author and filmmaker who writes and lectures about how advertising encourages addictive behavior in women, says that “the rise in hazardous drinking among women is not all due to the ads. But the ads have played a role in creating a cultural climate that says it’s funny when women drink heavily.” She adds, “they’ve played a role in normalizing” unhealthy forms of drinking.

Alcohol advertising is not subject to federal regulations the way tobacco marketing is. Instead, spirits and beverage trade groups are supposed to enforce standards that promote responsible drinking while discouraging marketing that “in any way suggests that intoxication is socially acceptable conduct.”

However, the idea of regulating overt and subtle pitches for alcoholic beverages that appear in social media and popular culture seems quaint (if not doomed from the start). After all, who’s going to stop a group of girlfriends trying to emulate a scene from the film “Trainwreck” by posting a selfie of themselves guzzling Bandit box wine?

The health impact of alcohol and gender differences

Excessive alcohol consumption can have adverse health consequences for both sexes, but women seem especially vulnerable to its effects. According to the Centers for Disease Control and Prevention (CDC), women are at greater risk for alcohol-related liver damage, heart disease and brain atrophy. Excessive drinking also increases the chances of getting breast cancer.

Recent studies indicate there is no gender equity when it comes to alcohol consumption. Even controlling for men’s generally larger size and weight, women are not able to process comparable levels of booze. For example, studies show the blood alcohol levels rise faster in women and they stay elevated longer. Researchers believe this is due to reduced levels of stomach enzymes in females that prevents them from processing the toxins in a drink as fast as men. Consequently, women tend to get more intoxicated even when they drink less than men.

Many women are unaware that alcohol impacts the sexes so differently. Similarly, a lot of women do not appreciate how dangerous excessive drinking can be. According to Robert Brewer, who heads the CDC’s alcohol program, consuming four or more drinks in less than two hours constitutes binge drinking. This greatly elevates a person’s risk for accidents and numerous diseases, as well as alcohol dependency and addiction. 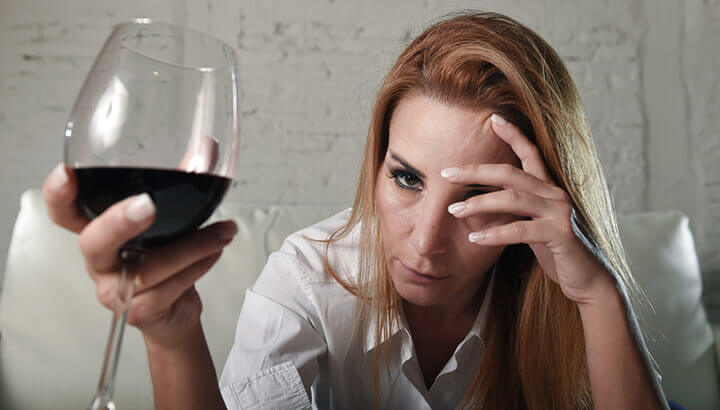 In fact, one recent study concluded that even moderate drinking among women — defined as no more than two drinks a day — was correlated with higher cancer rates. Jennie Conner, the study’s author, noted that the increased risk was greatest in seven locations where human cells come in direct contact with alcohol.

Even the adult beverage industry admits that a lot of the recent science is persuasive. Elaine Hindal, an executive at Drinkaware, an alcohol industry sponsored education group, acknowledges that “regularly drinking more than the government’s low-risk guidelines puts you at increased risk of some types of cancer, and can also increase your risk of heart and liver disease, strokes and pancreatitis.”

Are there health benefits of drinking?

Despite some recent sobering findings, studies do indicate that there are legitimate health benefits from consuming limited amounts of alcohol. For example, medical researchers have been long interested in the so-called “French Paradox,” where red wine appears to counteract the impact of a high-cholesterol diet.

As a report issued by Harvard University noted, more than 100 studies have shown that moderate drinking lowers a person’s risk for cardiovascular disease, which includes both heart attacks and strokes. As the authors stated, “The idea that moderate drinking protects against cardiovascular disease makes sense biologically and scientifically. Moderate amounts of alcohol raise levels of high-density lipoprotein (HDL, or “good” cholesterol), and higher HDL levels are associated with greater protection against heart disease.”

Balancing the risks and rewards

Like so much in life, alcohol consumption is a matter of balancing risks and rewards. It’s important to note, however, the risks associated with drinking appear to be dose-related — the more you drink in one sitting the greater the dangers — while most of the benefits appear to accrue from limiting consumption.

As the Harvard report sagely points out, “If all drinkers limited themselves to a single drink a day, we probably wouldn’t need as many cardiologists, liver specialists, mental health professionals and substance abuse counselors.” When it comes to both enjoyment and the health benefits of alcohol, less truly is more.