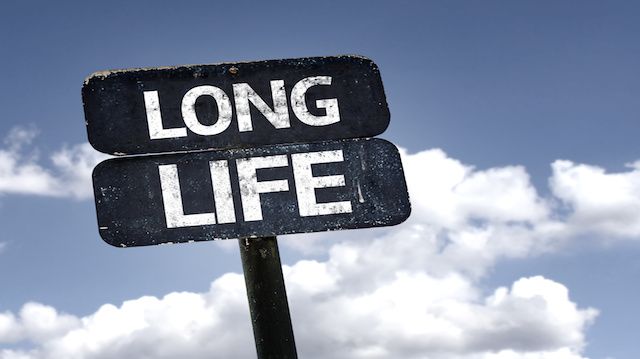 Okinawa is renowned for its ability to produce long-living citizens and centenarians, or individuals who live past 100 years of age. What’s their secret? Their bodies age more slowly than ours due to a few factors. First of all, their bodies continue to produce the hormone DHEA when production normally declines.

According to the National Institutes of Health, DHEA can reduce and even reverse the signs of aging, improve cognitive ability and even slow the progression of Alzheimer’s disease. DHEA is not only found in the body, but also in foods such as yams and soy. Researchers have found that the Okinawans not only consume tofu and other soy products regularly, but their diet consists of fiber-rich, antioxidant-rich foods from fruits and vegetable sources.

Okinawans also practice something called hara hachi bu, a Confucian axiom that promotes eating only until they are 80-percent full. Calorie restriction and antioxidant-rich foods are also known to promote longevity.

Like the Okinawans, the citizens of Loma Linda, California, restrict their calories and eat a plant-based diet. Many of the people in this community belong to the Seventh-day Adventist Church. Although Seventh-day Adventists are in general healthy individuals, this small community seems especially capable of producing long-living, healthy citizens, whose average life expectancy is ten years more than that of the rest of the United States.

Not only do they eat well, Seventh-Day Adventists also do not smoke, drink, or consume any caffeinated beverages. A surprising factor to this particular community’s longevity appears to be their faith. The citizens of Loma LInda are regular church-goers and scientists at the University of Pittsburgh Medical Center believe that their faith reduces stress hormones that promote aging.

This small town in Greece is known as the “island where people forget to die” and is home to centenarians and other healthy individuals who live without degenerative diseases. Their mountainous setting has created a wonderful atmosphere that promotes good health. Citizens take advantage of the natural beauty and lead active lives. They enjoy playing games, hiking and socializing, and they also take frequent naps. Like the Okinawans, Ikarians restrict calories and eat mostly beans, fruits, vegetables and olive oil. The key to their longevity appears to be a well-balanced healthy lifestyle.

The citizens of Nicoya enjoy socializing, and family is very important to them. Stress levels are significantly lower for Nicoyans due to a strong sense of community and purpose. Multigenerational households are common, as is a low risk of cardiovascular disease and disabilities. Nicoyans eat fewer calories at night and drink hard water that has the highest concentration of calcium in Costa Rica. Like Okinawans, they also have higher levels of the DHEA hormone.

In Sardinia, there are 22 centenarians per 100,000 people! Their diet is similar to the popular Mediterranean diet. They eat lots of produce and beans, but also consume dairy and eat meat as an accent to a meal. Locals enjoy socializing and a good, hearty laugh. They consume alcohol, but mainly local wines.

Sardinians also have a strong genetic predisposition to longevity, especially in the town of Ovodda. Professor Luca Deiana from the University of Sassari, Italy, has tested the citizens of Ovodda and found that a gene on the X chromosome doesn’t produce the G6pd enzyme. She notes that this normally has a negative health effect, but appears to contribute to the Sardinians’ longevity. Studies are now being conducted to further understand why this faulty chromosome is harmful in some cases and helpful in others.

Although China can boast six “longevity cities,” Rugao has 255 centenarians, as reported by the city’s civil affairs bureau. The Jiangsu Provincial Institute of Geological Surveys suggests that the levels of important minerals in the Rugao soil may contribute to their health. The citizens of Rugao eat local produce and only consume whatever is in season. They also prefer to eat rice porridge in the mornings and evenings to not add strain to their digestive tracts.

A study published in 2014 by the American Aging Society also found that the citizens’ subjective well-being, including things like life satisfaction, and balance between positive and negative mental states, contribute to their ability to live longer lives. A study released by the Public Library of Science in 2009 revealed that there is also a genetic factor to their longevity.

Although they are oceans apart, these cultures are each renowned for producing long-living inhabitants. In some of these societies, genetics has been found to play a role in promoting longevity. However, even in genetically-predisposed individuals, diet and lifestyle choices can either help or hurt their chances of living healthy, vibrant lives. Genetics alone does not explain why all of these cultures live longer. Unlocking the similarities in their culture and lifestyles can help us better understand how we can extend our own lives. 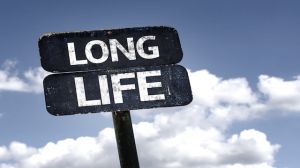 While the diets of each society differ slightly, there are some similarities. For instance, they all tend to eat natural, home-grown food. They sacrifice the convenience of fast food for an abundance of health and vitality. Each of these cultures consumes a plentiful amount of fresh fruits and veggies. They eat antioxidant-rich foods like yams and natural soy products, which help their bodies produce the anti-aging hormone DHEA. The meats, dairy and egg products they eat are without added hormones, antibiotics or meat glue. The oils they use are not hydrogenated and they don’t consume trans-fats from processed meals. Their soil is not depleted and actually adds nutrients to their food. Instead of using harmful pesticides and genetically modified seeds, they understand that the closer to nature their food is, the healthier it is.

Each of these societies promote balance. According to Dr. Axe, Japanese culture promotes eating thirty varieties of foods each day. They don’t overindulge in unhealthy habits. They restrict their calories and eat balanced meals. They venture past the three common staples of the West — corn, soy and wheat — and incorporate a variety of vitamin and mineral-rich foods into their diets. There is also balance in the way they live. Stress can trigger many illnesses, as well as more rapid aging. Many of these cultures socialize, form strong bonds, exercise, rest, play games and laugh whenever possible.

Regardless of how busy life can get, we must not forget that finding joy in every day is also part of a healthy lifestyle. Instead of straining their muscles with intense exercises or spending an hour each day at the gym, these societies promote fitness by encouraging natural movement. An example would be riding your bike or walking to the local shop. If you live near hills, mountains, creeks or beaches, take advantage of the beauty that surrounds you and explore it. Remaining physically, socially and mentally active helps promote emotional and physical balance and overall health.

According to the World Health Organization, global pharmaceutical sales produce $300 billion in profit every year. The Internal Revenue Service notes that drug companies are merging into larger conglomerates. Only ten companies own over one-third of the entire market.

While pharmaceutical companies grow in both profit and influence, health-related problems are affecting younger and younger people. Obesity in America has spread to where two-thirds of the entire population is either obese or overweight. According to the Center for Disease Control, childhood obesity has doubled, and quadrupled in adolescents, in just the past 30 years! Diabetes is also on the rise, with over 21 million Americans diagnosed with the disease. The National Cancer Institute anticipates that there will be over 1.6 million new cases of cancer in the United States this year. How is this possible?

With such a strong emphasis on overhauling health care and new pharmaceutical advancements, why are these diseases growing in prevalence in the West? Many of the cultures we have explored in this article are not heavily medicated, nor do they all have access to expensive medical treatments. The difference is simply in the way these people choose to live. They live a balanced, natural lifestyle that contributes to their overall well-being.

Imagine if our modern healthcare system took into account people’s diets, level of physical activity, and overall life satisfaction when prescribing treatments. How do you think this would affect the medical industry and the rates of disease in the West?