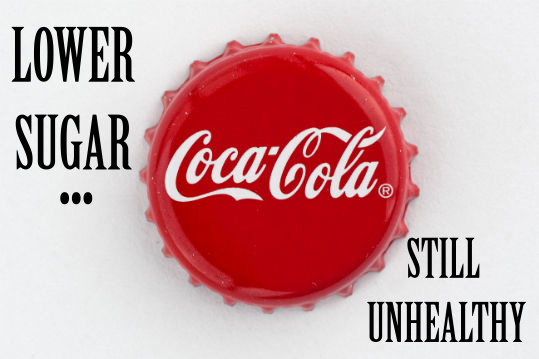 You may have heard that Coke has lowered the levels of sugar in its soda in Canada. This may sound like a healthier move, but don’t let yourself be fooled. There is still nothing safe about drinking Coke.

For roughly the last century, Coca-Cola sold in Canada has had a higher amount of sugar than its U.S. counterpart. Starting in January of this year, Coca-Cola decreased the amount to equal that of the version sold in the United States. It is also being offered in smaller sized bottles and cans than what was previously available.

What does this decrease actually amount to? Previously, the version of Coke in Canada had 42 grams of sugar, equaling 160 calories. This can be compared to the U.S. version, which only contains 39 grams, equaling 140 calories. As a side note, Pepsi fell in between the two, with 41 grams of sugar for 150 calories.

No doubt that Coca-Cola made the decision to lower its sugar in Canada so that it would be viewed as a positive move by the public, but there are still too many reasons not to drink Coke.

Putting on a good face

In September of last year, announcements were made by Pepsi, Coke, and Dr. Pepper Snapple of their intentions to reduce the calories consumed with their products by 20 percent as of 2025. According to their announcements, the move comes in response to the U.S. epidemic of obesity.

The downside of drinking Coke

However, reducing the sugar doesn’t address the other problems that consumption of Coke poses. For example, Coke is highly acidic, more so than most other beverages on the market. A 2006 study that was published in the Inflammopharmacology Journal revealed that rats who had been fed Coke had an increase of stomach enzyme secretion because of imbalanced pH.

It turns out that the pH level of cola is close to vinegar, which puts it between 2.0 and 3.4. If your body is too acidic, all of your systems may begin to go into disarray.

Coke contains 64 mg of caffeine. It has been shown in studies that caffeine takes between 15 and 60 minutes after consumption to be absorbed into the bloodstream and take effect. While the caffeine may give people a temporary energy boost, it can also boost heart rates and constrict arteries.

The phosphoric acid in Coke can have long-term effects on your bone health. Over time, it can decrease the absorption of calcium by your bones. Eventually, this can lead to serious bone loss and the development of osteoporosis.

The facts about the sugar 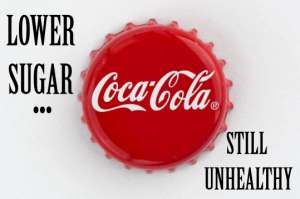 Even at the U.S. level of sugar in Coke, the drink does terrible things to your body. With nearly ten teaspoons of sugar in one glass of Coke, it hits your system like a hammer. Within 20 minutes of drinking the Coke, there is a serious jump in insulin levels in your bloodstream.

All of this excess sugar is converted into fat by the liver. Blood pressure rises from sugar being dumped into the bloodstream by the liver. Inevitably, you experience the sugar crash.

Sodium cyclamate is a synthetic sugar substitute that was banned by the FDA in 1969 after being linked to cancer in rats. However, the World Health Organization rehabilitated it by recognizing it as safe in 1979.

Another artificial sweetener used in colas is acesulfame potassium, which is 200 times sweeter than sugar. It has potentially aggravating effects on the cardiovascular and the nervous system. Eventually, it may lead to addiction.

Last, but not least, is the sugar substitute aspartame. In warm soft drinks, aspartame can be transformed into formaldehyde, which is a known carcinogen. Side effects in cases of aspartame poisoning include headaches, dizziness, palpitation, irritability, anxiety, memory loss, joint pain, depression, and nausea.

So, all in all, whether it’s low sugar or no sugar, diet or regular, if it’s a soda, it’s really not safe.