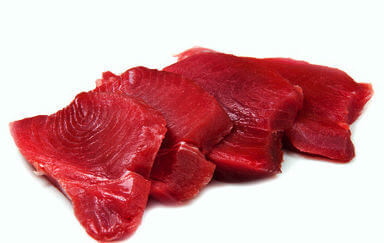 In a recent follow-up to a February study that discovered one-third of the seafood tested in America is mislabeled, an international group that advocates for the protection of the world’s oceans, Oceana, says that the swapped species are costing consumers twice as much when cheaper counterparts are sold as premium choices, according to Food Safety News.

Swapping your seafood doesn’t only hurt financially, it can also damage your health.

The new report from Oceana states that seafood fraud is practiced on consumers using less-desirable and less-expensive fish, but passing it off as a high-quality fish. The researchers used DNA barcoding to determine what the true species of a particular seafood was. If your chicken was switched with beef, it would be obvious, but when it comes to a fish filet it’s often difficult to tell if you aren’t getting what you ordered.

Red snapper is one of the most commonly mislabeled fish species, frequently substituted for tilapia. Tilapia sells for a little over $2 per pound while red snapper commonly goes for about $4.50 per pound; interestingly, the more expensive fish is never substituted for the lesser one, indicating that this is intentional mislabeling to earn bigger profits. But it isn’t just your pocketbook that is hurt when seafood fraud is committed.

Eating a different species can have significantly different effects on health. It likely not only contains different fat, calorie and nutrition amounts, but some species are specifically on a do-not-eat list for certain people like pregnant women due to high mercury content. In the Oceana study, researchers found that there were a number of instances in which tilefish was sold as red snapper; tilefish contains high levels of mercury.

Perhaps even worse, 94 percent of white tuna tested turned out to be a species known as escolar which has been found to contain a toxin that can cause severe diarrhea, even when consumed in small quantities.

So what can you do to avoid being a victim of seafood fraud? Testing the fish’s DNA is probably not an option, but there are steps you can take to be sure you’re getting what you think you are.

Ask lots of questions. No matter who you buy from, be sure to ask the seller questions about the fish’s origin. If it is marked far below standard market value, the likelihood of mislabeling is much higher.

Buy from large chains or locally. Generally, national chains like Whole Foods have been found to have fewer issues with seafood fraud than small chains or independent grocery stores.

Most of the bigger chains have an internal auditing procedure that helps to prevent this from occurring. If you live near the coast, buying from your local farmers’ markets, or even directly from the fisherman, is a great way to find out exactly what was caught and anything else you want to know about your fish.

Buy from certified sustainable fisheries. There are some programs that certify fisheries as sustainable; some will certify that seafood comes from a specific state or region. These certifications can help to ensure you’re getting what you paid for as the fishermen and processors who are certified operate under more ethical standards.

Avoid the fish special unless you know exactly where it was caught. If you’re dining in Seward, Alaska, a town famous for its halibut, you know you’re getting what you pay for. But, consider that 38 percent of seafood samples from regular restaurants and nearly three-quarters of samples from sushi restaurants were mislabeled.

If you aren’t 100 percent sure how committed your favorite restaurant is to serving what’s really on the menu, avoid the fish.