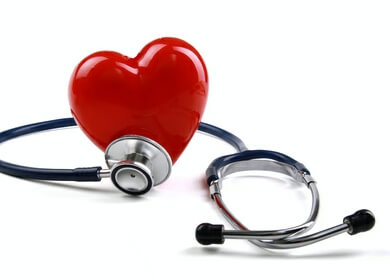 It details how the scientific groundwork that this belief is based upon was heavily manipulated from the start, and presents large-scale studies that clearly show the lack of connection between cholesterol levels and heart disease.

In short, mounting evidence shows that our focus on lowering cholesterol, and our growing reliance on statins, a class of cholesterol-lowering pharmaceuticals, is both drawing research focus away from investigating the actual causes of heart disease, and, literally killing us.

The idea that saturated fats and high cholesterol levels cause heart disease, nicknamed the ‘diet heart hypothesis,’ was invented by Ancel Keys, a 20th century physiologist and advisor to the Department of Defense during World War II.

It was Keys, who had a dark history of performing inhumane medical experiments, that came up with the Seven Countries Study, which shows a linear relationship between high cholesterol levels in seven countries, and corresponding high rates of heart disease.

The graph Keys drew shows that in his chosen seven countries, the higher the cholesterol levels, the higher the rate of heart disease was in that country. However, he omitted 22 countries from his graph, which when added, showed that the relationship was not linear at all.

Many countries that he failed to include had high cholesterol levels, and low rates of heart disease. Due to his selective omissions, the Seven Countries Study was an entirely fraudulent representation which created an assumed relationship between cholesterol and heart disease where none actually existed.

Statin Nation interviews medical experts from a variety of fields, who each present a wide array of large-scale studies showing that there is no evidence-based relationship between high cholesterol and heart disease at all.

In fact, studies have found that LDL ‘bad’ cholesterol is actually LOWER in heart disease patients than in the general population, and also that low cholesterol levels are associated with earlier death. Additionally, a study performed in Japan found that those with the lowest cholesterol levels had a three-fold higher likelihood of dying of cancer.

Sweden, a nation that has rejected the diet-heart hypothesis and instead has embraced a low-carb, high fat diet, is reporting significant improvements in the overall health of its citizens.

Today, over 40 million people worldwide take prescription statins to lower their levels of LDL cholesterol. However, in doing so, important cellular functions are severely compromised.

HDL and LDL cholesterols serve as carriers of essential CoQ10, beta carotene, and vitamin E to the mitochondria, the energy source of cells. CoQ10 is essential to the functioning of heart muscles, and cholesterol itself is vital for the body’s overall function, including brain function and hormonal stability.

When cholesterol is prevented from doing its job, the body is not able to work as it should. Numerous statin patients testify that they developed a number of new health conditions when they started taking statins, which gradually improved when statin use was stopped.

Some of the most common were severe memory impairment, a loss of energy, depression, muscle pain and eye problems. Researchers estimate that only about 1 in 200 adverse effects of statins are actually reported by physicians.

One of the most frightening facts about statins is that in 75 percent of cases, they are prescribed to healthy individuals for preventative purposes, as a ‘primary prevention’ measure against heart disease. However, overwhelming research shows that using statins for primary prevention does nothing to increase life expectancy.

Studies show that the instances of heart attacks in statin patients were somewhat lower, but this was cancelled out by the other diseases that occurred in these patients while on statins, very likely caused by the statins themselves due to their inhibition of cellular function and their blockage of vital nutrients.

In the 25 percent of patients prescribed statins after a cardiac event, stroke, or surgical heart intervention, the statins did increase life expectancy slightly. However, when the statistics were compiled, the life expectancy of these patients rose by only 14 days.

Statins are one of the most widely-prescribed classes of drugs in the world, and provide the pharmaceutical industry with billions of dollars in profits each year. Dr. John Abramson of Harvard Medical School explains how the scientific evidence backing statin use is entirely influenced by commercial interests.

“You have 5 times better odds of getting the results you want if you pay for the science,” Dr. Abramson states. “The real data is not available to the editors of the journal or the peer reviewers.”

One example of how the pharmaceutical companies with commercial interest in statins doctored studies supporting their use is the Jupiter Trial. Several years ago, this extremely popular study presented that statins reduce the risk of heart attacks by 54 percent, causing doctors worldwide to prescribe them in huge numbers.

However, Dr. Abramson explains that this was a ‘relative percentage,’ and when the actual numbers were analyzed, it was discovered that heart attacks were only reduced by 0.48 percent.

Nethertheless, the media took the Jupiter Trial as fact, and widely reported the success of statins. According to Dr. Abramson, “the only media in the United States that got it right was that renowned medical expert Dr. Stephen Colbert, who said, ‘the Jupiter Trial was a great breakthrough in figuring out how to get people to take drugs who don’t need them.’” 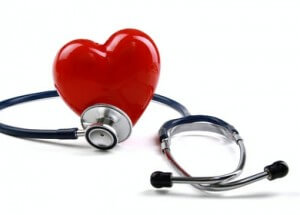 Heart disease is a serious problem worldwide, causing 7.8 million deaths in 2008. As the death toll continues to rise, it is no surprise that people are afraid, and wish to take preventative measures.

However, increasing evidence shows that lowering cholesterol is not the answer, and the use of statins causes great harm with very questionable benefits, at best. Statin Nation proposes a strong link between stress levels and heart disease, a link that demands further study, as it may hold the key to saving a great number of lives.

As far as statins, Dr. Abramson puts it bluntly: “hopefully when we look back on this era, and we see the fraud that went on in misleading physicians about the scientific evidence, we’ll see that this stands as organized crime…. of a higher tech nature than robbing banks with machine guns. But there’s a lot more money in this, and in fact, many, many more people get hurt.”

Dr. Natasha Campbell-McBride agrees. She urges us to rethink our obsession with cholesterol. “The last thing you want to do is interfere with your blood levels of cholesterol. Your body knows what it is doing. Whatever level of cholesterol you have in your blood at that moment is the right level for you. Don’t mess around with it.”