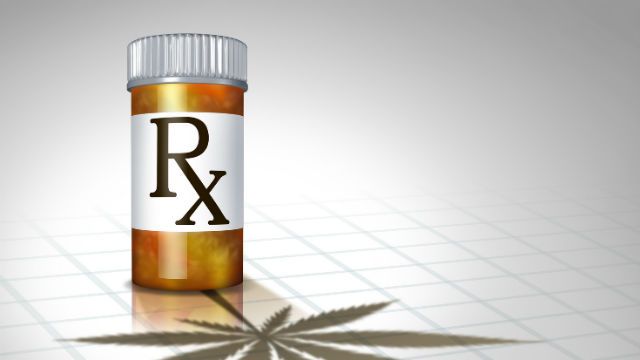 Recent research has been finding countless health benefits linked to the Cannabis Sativa L. plant, also known as marijuana. With the increasing knowledge of these benefits, it is becoming downright laughable that this amazing plant is still categorized as a Schedule 1 Controlled Substance, meaning the federal government still insists it has no medical purpose.

Perhaps a new study, just published in the journal Molecular Cancer Therapies, will help to change this. In this study, researchers from St. George’s University of London have discovered that two cannabinoids found in marijuana, along with radiation treatment, led to “dramatic reductions” in high-grade glioma tumors, an aggressive form of brain cancer.

The study, which was performed on mice, focused on the treatment of high-grade glioma tumors with radiation therapy either by itself, or along with various levels of THC and CBD. THC is the cannabinoid responsible for the psychoactive effects or marijuana, and CBD is another cannabinoid, which does not have this effect.

The researchers found that when low doses of THC and CBD were combined with radiation therapy, tumors shrank down to as little as one-tenth the size of those seen in the control group. The study authors wrote, “taken together, our data highlight the possibility that these cannabinoids can prime glioma cells to respond better to ionizing radiation, and suggest a potential clinical benefit for glioma patients by using these two treatment modalities.”

Dr. Wai Liu, one of the lead authors of the study, wrote, “we’ve shown that cannabinoids could play a role in treating one of the most aggressive cancers in adults. The results are promising… it could provide a way of breaking through glioma and saving more lives.” On the combination of radiation, THC and CBD, Dr. Liu stated, “our data suggests a ‘triple threat’ approach using all three may be of value.”

Other recent studies have found numerous other benefits to marijuana and its cannabinoids. This long-demonized plant has been linked to reducing seizure frequency, stopping the spread of HIV and reducing the size of other cancers, among many other benefits. Dr. Joycelyn Elders, former US Surgeon General, wrote in a 2004 article titled “Myths About Medical Marijuana:”

It’s less toxic, and it may just end up saving countless lives.