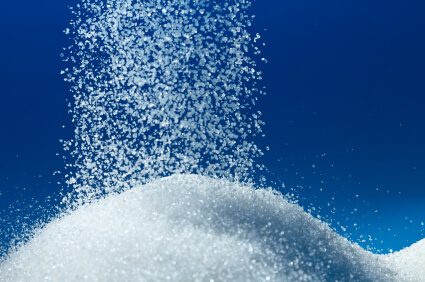 It is a well-established fact that refined sugar raises the risk of developing type 2 diabetes, obesity and a number of other ailments. In addition, a new study has linked a high intake of sugar to an increased risk of colorectal cancer.

Researchers at the University of Edinburgh in Scotland analyzed the dietary habits of 2,063 colorectal cancer patients, as well as those of 2,776 control subjects in good health. In their analysis, the research team also examined over 170 foods that were part of the subjects’ diets, including fruits, vegetables, meats, fish, nuts, fruit drinks, chocolate and chips.

After eliminating other colorectal cancer risk factors, such as family history and smoking, the researchers concluded that a diet containing lots of sugar-laden foods, labeled ‘high-energy foods,’ such as baked goods, chips and sodas, increased the odds of developing colorectal cancer.

The study’s lead author, Dr. Evropi Theodoratou, explains, “while the positive associations between a diet high in sugar and fat and colorectal cancer do not automatically imply ’cause and effect’, it is important to take on board what we’ve found – especially as people in industrialized countries are consuming more of these foods.”

These latest study results add to the growing bad news for those eating a typical ‘Western Diet.’ It is sad that in the richest and most developed nations in the world, so many people are ill or dying as a result of poor, and entirely avoidable, dietary choices. 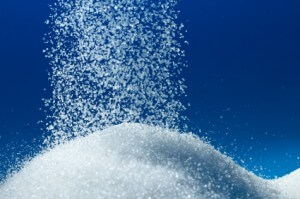 Colorectal cancer is also known as bowel cancer, and can form in either the colon or the rectum. According to estimates by the National Cancer Institute, there will be approximately 50,830 deaths from colorectal cancers in America in 2013.

The good news is, changing your diet now can significantly reduce your risk of developing this deadly disease. According to Johns Hopkins, colorectal cancer is linked to dietary choices in many cases, and people who eat lots of fruits and vegetables have a lower risk of developing it.

In addition, people who follow a strict gluten-free diet have significantly reduced odds of developing colorectal cancer (since gluten is inflammatory, which stresses the digestive system and causes bad bacteria to thrive).

To give yourself the best possible chance for bowel health, choose a healthy, organic diet that includes lots of raw fruits and veggies. Eating your fruits and veggies raw, when possible, increases their fiber content, which aids in proper elimination.

Fermented foods, such as organic kefir and homemade sauerkraut made with organic cabbage, have also been shown to work as probiotics and support optimal digestive health.