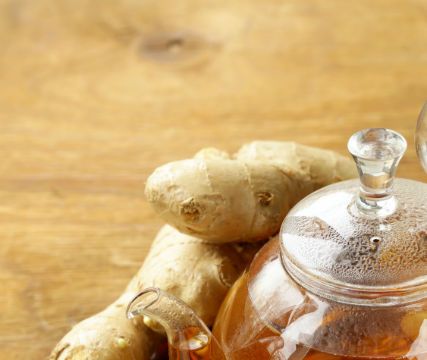 The instance of acid reflux, or heartburn as it’s often called, is said to be on the rise. One recent study conducted by Norway researchers reported that the number of people who frequently experience symptoms of the condition has almost doubled in the past decade.

Acid reflux is not only uncomfortable, it’s also thought to be linked to an increased risk of esophageal cancer, particularly if it’s chronic and untreated.

While eating a healthy, nutritious diet and avoiding processed foods as well as triggers like caffeine, nicotine and alcohol, is important for addressing this serious health issue, in the meantime, there are a number of ways to relieve symptoms right at home, without turning to medications that typically come with a long list of side effects.

Because acid reflux typically results from having too little acid in your stomach, you can help improve this by taking one tablespoon of raw unfiltered apple cider vinegar in a 6 to 8 ounce glass of water. Ideally, you should drink the mixture before each meal or two to three times daily.

A teaspoon of baking soda can also help stop the burning sensation of heartburn caused by acid reflux as it helps to neutralize stomach acid. Mix a teaspoon in an 8 ounce glass of water when you’re experiencing severe pain. Keep in mind that it’s not the best option as a regular solution.

The juice of the aloe plant is commonly used to soothe burns, but it can also help reduce heartburn. It naturally reduces inflammation, which is believed to ease the symptoms of acid reflux. Drink a half cup of aloe juice just before meals. If you want to avoid its laxative effect, look for a brand that has the components that have a laxative effect removed (anthraquinones, aloin and aloe emodin). Pharm-Aloe is one such brand, which has had these compounds filtered out to less than 1 part per million – that way you can still get the benefits of acid reflux alleviation without spending a lot of time in the bathroom. 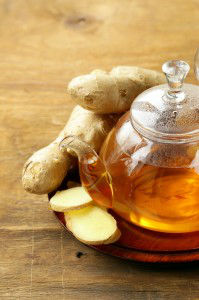 Ginger is well known for its soothing digestive effects. It’s also been found to have a gastroprotective effect by blocking acid and suppressing helicobacter pylori, a bacteria found in the stomach. A 2007 study even found that it works significantly better than lansoprazole, a prescription medication, for preventing the formation of ulcers.

Make a fresh cup of ginger tea by pouring about two cups of boiling water over several slices of ginger root, allowing it to steep about 10 minutes. Sip the tea about 20 minutes before each meal.

To make the tea, pour two cups boiling water over about two tablespoons of the powdered bark; steep for 3 to 5 minutes. Drink three times a day.