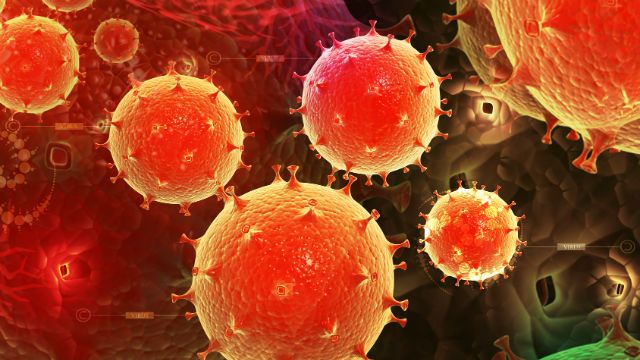 Back before the discovery of antibiotics, millions of people died or became seriously ill from a whole host of infections that we wouldn’t give a second thought to today.

However, thanks to a combination of antibiotic overuse, abuse and misuse, along with a complete lack of respect for the incredible evolutionary capabilities of bacteria, we may soon be living with the same threats our ancestors did centuries ago.

According to a report issued by the CDC, over two million Americans are infected with antibiotic-resistant bacteria every year. Of those infected, 23 thousand die as a direct result of the infection, and countless others lose their lives from further complications.

For decades now, humans have reigned supreme over the bacterial world, treating everything from a sniffle to open wounds with these special drugs designed to halt the threat of infection before it even begins. Unfortunately, we are soon to fall from our top tier, as bacteria are far more advanced than we once thought.

Bacteria evolve at a rate far faster than humans could ever hope to, with the incredible ability to transfer DNA across species. As one strain of bacteria builds an immunity to our arsenal of antibiotics, it can share its newly acquired antibiotic-resistant DNA with other species, creating more and more bacteria that have evolved from “easily treatable” to downright deadly.

One such breed of pathogen is carbapenem-resistant enterobacteriaceae (CRE). These dangerous germs have developed a resistance to carbapenem antibiotics, which are used to treat everything from urinary tract infections to pneumonia. Scientists fear that as more and more species of bacteria share the antibiotic-resistant gene, once-treatable conditions will soon become deadly. Individuals suffering from CRE infections experience a 40 percent death rate.

The sharing of genetic material among bacteria is known as horizontal gene transfer. The ability to essentially spread the genes responsible for antibiotic resistance has scientists fearing for our safety as a species. One study found over 80 different species of antibiotic-resistant bacteria in cow manure, the same type we often fertilize with.

The bacteria that inhabit the intestines of cows have never posed a threat to humans in the past. However, scientists and microbiologists fear the antibiotic-resistant bacteria in cow manure will eventually share their genetic material with bacteria that affects humans, thus having deadly consequences.

So why are bacteria developing resistance to our so-called miracle drugs? Much of the reason is due to misuse, abuse and overuse of these drugs. Doctors looking to appease a sick patient will often prescribe a round of antibiotics, which won’t do much good when one is suffering from a viral infection.

This happens far too often, and not only kills off the good bacteria present in our gut (where our immune system is housed), but helps strengthen the dangerous bacteria as they adapt to the constant dosing.

Another major cause occurs when patients don’t complete the entire treatment. Stopping half-way through a round of antibiotics is extremely common, as patients start to feel better after a few doses. But not completing the round allows the remaining bacteria to multiply, causing further illness and more prescription writing.

And while you think you can avoid antibiotic use easily by simply not requesting the medications, you are only fooling yourself, as a whopping 80 percent of the antibiotics used in the United States doesn’t go to treat sick patients, but directly into our food supply.

Why such high numbers? Thanks to the evolution of concentrated animal feeding operations (CAFOs) in which thousands of animals are crammed into ridiculously tight and often unsanitary conditions, antibiotic use has run rampant, as it is the only way to prevent massive outbreaks of disease among the animals. And those antibiotics make it straight to your table. In fact, 80 different antibiotics can be found in a glass of cow’s milk.

Avoiding meat products will help somewhat, but the massive amounts of manure and waste from these facilities still harbor the bacteria. The waste is often improperly disposed of and winds up in water sources that contaminate the crops we grow.

Our misuse, abuse and overuse of once life-saving drugs has led to the development of bacteria that pose a major threat to our species. Unless we can reduce our dependence on antibiotics in the agricultural sector (as many other countries have done) and stop over-prescribing and misusing these medications, we may be destined to experience the dangers of the pre-antibiotic era of our ancestors.