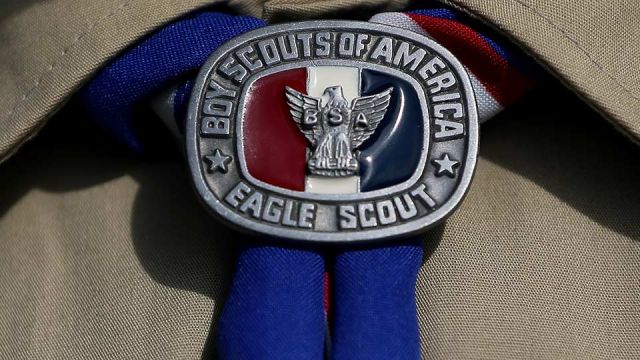 The Boy Scouts will now be adding girls to their ranks.

That’s the announcement, which was posted on the Boy Scouts of America’s website after their board unanimously approved the decision today.

Historically, the organization has been boys only since its founding in 1910 but offered some co-ed opportunities since 1971.

At the moment, they now have over 2.3 million members between the ages of 7 and 21.

“We believe it is critical to evolve how our programs meet the needs of families interested in positive and lifelong experiences for their children,” said Michael Surbaugh, chief executive of the Boy Scouts.

Surbaugh tweeted this after the news broke,

Today the BSA opens a new chapter in our history w/a unanimous vote to welcome girls to Cub through Eagle Rank. https://t.co/CYl8tU1yJJ

Girls would be allowed to join starting next year in the Cub Scout units, more commonly known as dens. The dens will be single-gender, so all of the new girls joining will be with other girls.

Due to the rapidly changing nature of American life, the organization felt like the move was needed to reflect needs of all families.

Another major reason for the change was due to years of requests from families with requests to allow girls to join.

“I’ve seen nothing that develops leadership skills and discipline like this organization,” said Randall Stephenson, Boy Scouts national board chairman and CEO of AT&T. “It is time to make these outstanding leadership development programs available to girls.”

In the past couple years, the Boy Scots have been in the news multiple times for big stories.

In 2015, the Boy Scouts announced that they would be lifting a ban on gay scout leaders in the days following the U.S. Supreme Court legalized same-sex marriage in all 50 states.

Even more recently, President Trump spoke at a major Boy Scout national jamboree. The event almost seemed like a campaign-style speech, with a crowd that was mostly kids ages 12-18.

The Girl Scouts are reportedly furious with the decision, primarily due to the fact that their membership has dropped almost 25% in only a few years.

The news is currently trending on twitter and many people are talking about the significance of this historic decision.

Girl Scouts and Boy Scouts are two different orgs w/ two different approaches. Both are great, but I like that girls have a choice now.

Boy Scouts lost me a long time ago when they banned water fights because they are “unkind.” Wouldn’t want to promote hyper masculinity!

I welcome @boyscouts decision to integrate girls in their programs. On #DayoftheGirl, we reaffirm #Scouting commitment to girls empowerment. pic.twitter.com/0t5a2Z6W1t

What are your thoughts on the decision to allow girls? Are you for it or against it? Let us know!