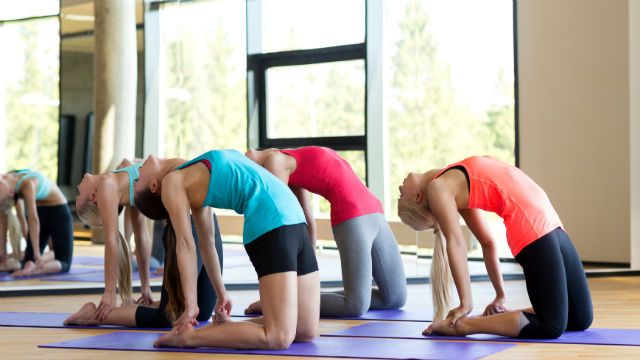 Colorado, the first state in the U.S. to legalize recreational marijuana use, and the leader in the growing nationwide push for the legalization of marijuana is also the home of another growing trend: combining yoga and cannabis.

With the changing attitude about this plant, marijuana has inevitably begun to transcend many facets of life, from music to sports as well as yoga practice. Colorado has long been a haven for yoga practitioners and conferences, so it’s not all that surprising to find that a number of cannabis-enhanced yoga classes have popped up across the state.

Each of the instructors have their own reasons for offering classes where cannabis use is accepted or even encouraged, and some strongly believe that its use can enhance yoga as well as meditation, depending on the particular strain and amount used.

While it may seem like a brand new trend, the mingling of pot and yoga actually goes back to ancient times, according to the second century text of the Yoga Sutra, which suggests that marijuana can be a type of sedative – like yoga. Yogasutras 4.1 reads:

“The subtler attainments come with birth or are attained through herbs, mantra, austerities or concentration. Cannabis use allows for a quieting of the outside world, and the ability to focus more totally on the interior process of meditation.”

The use of cannabis might also allow those who would otherwise be unable to participate in the practice due to issues like chronic pain, take part as the effects are known to help ease pain in addition to aiding the spiritual existence. People with conditions like ADD may be able to slow down enough to focus, allowing them to enjoy the benefits of yoga too.

Marijuana works as a muscle relaxer, pain reliever and anti-inflammatory. Some say its use combined with yoga has helped them to break through pain and muscle cramps that yoga alone could not accomplish.

Numerous studies, including recent research published in the American Journal of Hypertension, have focused on the health benefits of yoga, such as helping to reduce and regulate blood pressure, which can improve important aspects of cardiovascular health. It’s also been found to ease chronic back pain, reduce the symptoms of depression and anxiety, decrease stress and even lower blood sugar levels in diabetics.

While we’ve amassed thousands of years of anecdotal evidence of yoga benefits, we’ve really only just begun to delve into a scientific basis to justify its legitimacy in the Western world. It’s believed to be the same for marijuana – we’re just starting to discover all of its physiological and psychological benefits.

With the long list of side effects that come with prescription drugs, many have become more ambivalent about the use of these synthetic medicines and are looking to other sources for a better solution.

Proponents of “420 yoga” as it is sometimes referred, believe that it may help re-teach us to be more aware of ourselves and our environments.

While some purists object to using cannabis while practicing yoga, others say that measured use combined with a trained yoga teacher in a professional setting is very therapeutic, as long as the amount and strain used are appropriate.

Experts advise that most people find the Indica and Kush strains of marijuana to be better for yoga, as they’re more body-centered as compared to Sativa. Edibles may be preferable to smoking as they can produce a more even, manageable high for yoga practice.