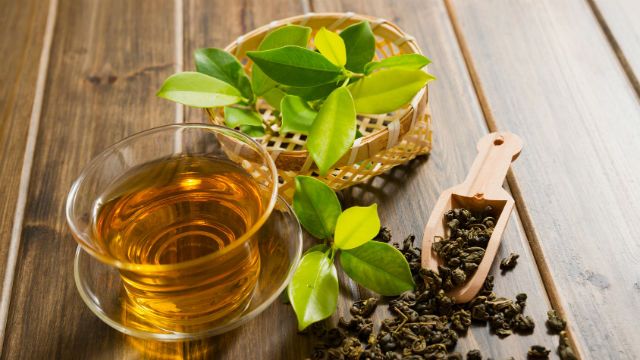 If you’re a frequent reader of The Alternative Daily, you probably already know that drinking green tea offers a wealth of health benefits. Now it seems there is yet another reason to begin sipping this beverage.

While green tea and its extracts have often been praised as potential treatments for cancer and a number of other conditions, scientists really haven’t been able to explain how it might work to decrease cancer risk, or slow the growth of cancer cells, Science Daily reports. But a recent study, published via the online journal, Metabolomics, reveals a possible explanation that researchers say may open a new area of cancer-fighting research.

The study, out of the Los Angeles Biomedical Research Institute at Harbor-UCLA Medical Center, reports that EGCG, the active biologic constituent in green tea, changed the metabolism of pancreatic cancer cells by suppressing the expression of an enzyme associated with cancer, LDHA.

Lead researcher and study author Wai-Nang Lee, MD, noted, “By explaining how green tea’s active component could prevent cancer, this study will open the door to a whole new area of cancer research and help us understand how other foods can prevent cancer or slow the growth of cancerous cells.”

A number of previous studies have shown that EGCG is able to induce programmed cell death in pancreatic cancer. Research has also revealed that it can inhibit the proliferation of triple negative breast cancer cells, inhibit the growth of human cervical cancer cell lines, interferes with androgen-independent prostate cancer and exhibits inhibitory activity against colorectal cancer cells.

While there are some foods that contain EGCG, such as blackberries, red wine and chocolate, green tea is by far the richest source – but, keep in mind that the decaf version contains much less. Regular green tea contains only 20 milligrams of caffeine, about one-quarter of the amount in a cup of coffee.

So, drink up – to your good health!