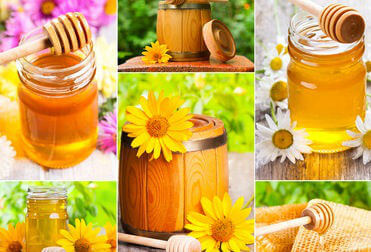 Honey is a nutrient-dense food that has a wide array of medicinal qualities. This golden substance has been shown to fight cancer and heart disease, reduce ulcers and gastrointestinal disorders, increase athletic performance, reduce sore throat and cough, battle fungus infections and serve as an antibacterial agent, to name a few.

With all the talk about the benefits of honey, more and more people are picking up a jar at the store and enjoying its sweet goodness. However, according to testing done for Food Safety News, only about 1/4 of the honey sold in stores is actually “real” honey.

The data reveal that pollen does not exist in many popular brands of honey; it has been taken out through an ultra-filtering process. This seemingly ultra-pure honey should raise some flags.

Without the pollen, says the Food and Drug Administration, The World Health Organization and the European Commission, there is no way to prove where the honey came from or how authentic it really is.

Much of Our Honey is Imported

The United States alone consumes over 400 million pounds of honey each year. Even though we make a lot of honey in our country, we can only supply about 48% of what is consumed. The remaining honey comes from 41 other countries. Today millions of pounds of honey from India and Vietnam are transshipped from China to America.

There are a number of different filtering methods that are used both by American honey growers, as well as foreign producers. However, most reputable honey suppliers filter out the bee parts, debris from hives and other big parts and leave the pollen in place. The only way that bee pollen can be removed is through ultra-filtering which tragically diminishes the nutritional value of the honey as well as the taste.

According to Mark Jensen, President of the American Honey Producers Association, it is likely that honey that is ultra-processed has entered this country in violation of federal law. People who over process honey are trying to hide where the honey originated, plain and simple.

Is Our Honey Safe?

Twenty-seven countries in the European Union banned Asian honey beginning in June 2010 because of the presence of dangerous antibiotics and lead. Some of the honey had not even been made by bees at all but from artificial sweeteners and put through a rigorous processing to wipe away any evidence of where the honey actually originated from.

The FDA assures us that the honey is authentic and that they have been working hard to arrest smugglers. However, when Food Safety News interviewed experts they noted that some of the most established American honey packers may be buying transhipped honey because they can sell it cheaper and still make a good profit.

Richard Adee, Washington Legislative Chairman of the American Honey Producers Association, said that big packers still use imported honey that may be tainted with heavy metals and illegal antibiotics because they know that it is unlikely they will get caught.

Honey from China has a bad reputation in the United States. Even when the Federal Trade Commission imposed import taxes to stop China from importing cheap, subsidized honey because it was keeping the American beekeepers out of business, China went around the rules.

To get around this tax, China shipped their honey to other countries and then switched labels, and the colors of shipping drums to hide where it came from. For whatever reason, whether it was time or money, there was little done about this and everyone, including the FDA knew what was going on. It is likely that these “sticky” games continue today.

When Food Safety News tested honey sold in ten states, including the District of Columbia, it had a pollen expert, Vaughn Bryant from Texas A&M University investigate the results. What Vaughn found was disturbing:

The chances of getting real honey with pollen are greater if you buy Certified Organic honey, according to Vaughn. Of the organic samples tested, 71% contained pollen. All honey that was produced in Brazil also contained pollen.

The easiest and the best way to protect the health of your family is to purchase local honey or Certified Organic honey. Some local producers process their own honey, and you know it is the real stuff.

It is worth the little extra you may pay for the peace of mind that your honey is actually honey and not some artificially sweetened water or that it is contaminated in some way. Raw honey has the greatest abundance of medicinal properties and is loaded with pollen that contains antioxidants and valuable enzymes.