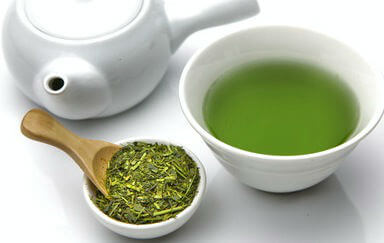 Green tea was discovered in China where it was used solely for medicinal purposes, it soon caught on as a beverage because of its pleasant taste.

So, while you may know that green tea is beneficial to your health and quite tasty too, have you gotten into the habit of sipping it in the afternoon? If not, there is no time like the present. And no, we are not talking about those sweetened green tea soft drinks here.

What better way to kick that harmful soda habit than to switch to something that can actually help you lose instead of gain weight and even help prevent a host of diseases and illnesses?

Here is a look at just 3 of the reasons you should be drinking green tea in the afternoon.

It will help you lose belly fat

A study published in the Journal of Nutrition revealed that consuming green tea and participating in three hours of moderate physical activity per week resulted in an acceleration of body fat around the abdomen as compared to exercise alone.

Green tea can also help to increase endurance so that you’re able to get more out of a workout, increasing the amount of calories burned and ultimately pounds lost; however, you’ll have to consume it on a regular basis as drinking it just before exercising doesn’t make a significant difference.

Your gums and teeth will benefit

A study published in the Journal of Periodontology, found that regular green tea consumption may promote healthy teeth and gums. Green tea helps to interfere with the body’s inflammatory response to periodontal bacteria, warding off further disease.

Periodontal disease is a chronic inflammatory disease that affects the gums and bone supporting the teeth; it’s been associated with the progression of other diseases such as cardiovascular disease and diabetes.

Many health experts believe that healthy gums are essential for a healthy body; green tea’s beneficial effects on healthier teeth and gums are also thought to be due to the presence of the antioxidant catechin.

It may reduce your risk of cancer

Green tea is well-known for its abilities to reduce the risk of many types of cancer, including breast cancer, oral cancer, ovarian cancer, prostate cancer and a wide range of others. In countries like Japan, where green tea consumption is high, cancer rates are lower.

In China, oral cancer rates are about half of what they are in the U.S. due, we believe in part, to green tea being a regular part of the day for many residents there.
There have been a number of studies producing compelling evidence that the major polyphenol in green tea known as EGCG can inhibit the growth of tumors as well.

Go Organic: If you have a local tea or coffee shop in your area there is a good chance that they will sell loose-leaf organic green tea. This is a much better option than store-bought tea which may be more heavily processed can contain less nutritional benefits.

Warm Green Tea: Brewing warm tea from organic whole tea leaves is the best way to get the maximum health benefits from green tea, including higher levels of antioxidants in addition to ensuring the leaves are free from toxic chemical residues.

Try a Smoothie: If you are subject to drinking green tea warm, try it in a super smoothie. Brew a cup of high-quality green tea and chill it for a bit before blending it with some organic almond milk and raw honey. Add a frozen banana and an avocado for a super nutritious snack.

Popsicles: Perfect for warm summer afternoons, why not make some frozen green tea pops? Simply blend chilled green tea with almond milk and raw honey and pour into pop mold. This low calorie healthy treat is a great way to cool off.

No matter how you drink or eat your green tea, isn’t it time to make afternoon tea a part of your daily routine?