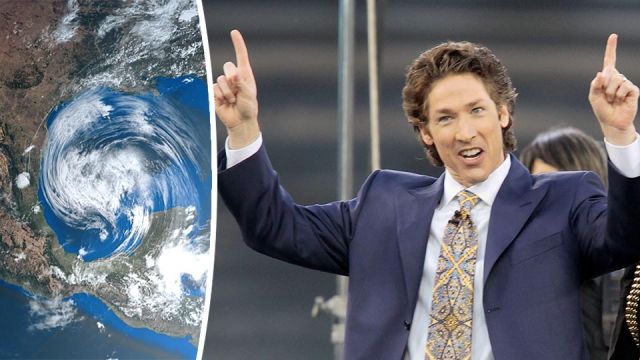 Celebrity pastor Joel Osteen is facing tremendous backlash for his late response to open the doors of his 16,000-seat church located in Houston. As flooding continues to decimate the heavily populated Houston area, the church has finally opened its doors, despite nearly three days of being closed to nearby Houstonians.

Was the church flooded, or not?

In defense, Lakewood Church’s spokesman Don Iloff stated that the church had already been flooded. However, videos have surfaced online of the church in good condition and in a relatively safe area that could definitely be used as a shelter.

With many areas of the city only getting worse as flooding areas increase, local residents are increasingly in need of help. And as such a notable place of worship and tranquility for the city, many have called Osteen’s actions selfish and uncaring, especially considering that Hurricane Harvey is now being considered the most extreme rain event
in United States history.

Why would a church close its doors?

Some have speculated that Osteen’s decision to keep the church closed is a way to protect the building from vandalism and looting. Iloff stands by his claims that the church was never actually closed completely and that it’s been open since the beginning of the storm as a site for distributing supplies, primarily due to the fact that the city has designated shelters which aren’t at capacity, such as the George R. Brown Convention Center.

That being said, other prominent pastors have spoken out against Osteen’s decision to keep the church from sheltering citizens. For example, Pastor Greg Locke of Global Vision Bible Church in Tennessee tweeted, “Joel Osteen, as a pastor you have a huge obligation to show the love of Christ as this very moment. OPEN THE DOORS.”

Joel Osteen, as a Pastor you have a huge obligation to show the love of Christ at this very moment.
OPEN THE DOORS. #HoustonStrong

Lakewood Church opened its doors in the past

Lakewood Church served as a shelter for 5,000 people in 2001, when 30 inches of rain poured in the city — half the amount of Harvey. Today, the church is finally opening up as a place for shelter. Osteen tweeted, “Victoria and I care deeply about our fellow Houstonians. Lakewood’s doors are open and we are receiving anyone who needs shelter.”

Victoria and I care deeply about our fellow Houstonians. Lakewood’s doors are open and we are receiving anyone who needs shelter.

Line is forming at @JoelOsteen Church now that it’s opened as a shelter in #Houston @KPRC2 #HoustonFlood #Harvey pic.twitter.com/CVEPAkBc8W