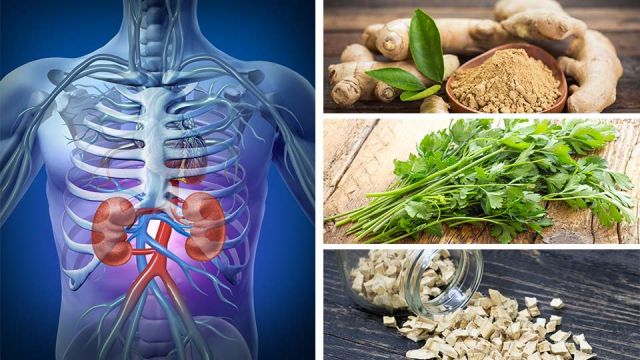 The kidneys are arguably the unsung heroes of the human body. While other high flying organs and muscles like the brain, liver and heart bask in the attention of the health and medical world, the kidneys are hard at work keeping you alive.

It’s a decidedly unglamorous job. Their role is to filter out all the unwanted compounds (i.e., waste) from your blood and send it over to your bladder for expulsion via urination. You often hear health specialists saying, “It doesn’t matter if you eat or drink too much so and so, as you’ll pee out the excess.” Ever wonder how that happens? Yup, none other than your trusty kidneys.

Without the kidneys, your body would be unable to regulate the balance of sodium and other electrolytes in the bloodstream. The downstream effects of this would be numerous, including an inability to:

When your kidneys are overlooked, health suffers

Unsurprisingly, when the kidneys are a bit under the weather, your body suffers. What is surprising, however, is the fact that we often overlook the health of our kidneys and the critical function they perform. And our kidney stats aren’t great. An estimated 14 percent of Americans suffer from chronic kidney disease, with over 660,000 Americans diagnosed with kidney failure every year. That’s over half a million of us accumulating more and more waste in our bloodstream every day.

Given the diet and lifestyle of the average American, most of us are putting some serious pressure on our kidneys. They can only process so much waste at a time, and like the overworked employee, they occasionally need some serious vacation time to unwind and recharge.

What you need is a kidney cleanse. And here are five natural diuretics to help you do just that:

Ginger is one of my favorite go-to’s for when I’m feeling a little on the sick side or a natural detox is in order. Ginger gets plenty of attention for its ability to assist in detoxification of the liver, and it performs much the same function on the kidneys. It’s also loaded with plenty of health-supporting vitamins and flavonoids, helping your body to support robust kidney function.

Getting your daily dose of kidney-cleansing is super easy. My approach is to either finely chop or grate an inch or so of fresh ginger root, pour boiling water over it and let it steep for five to ten minutes. To really get that diuretic effect and pee out more toxins, drink this ginger two to three times per day. The bonus of this regime is that you’ll be virtually immune to colds and sore tummies!

Many of the most popular detox teas on the shelves these days contain dandelion root, and for good reason. It’s a powerful natural diuretic that increases urine production and helps both the kidneys and the liver cleanse themselves. But consider yourself warned: dandelion root isn’t for everyone! It took me awhile to get used to the super bitter taste of this flowery root, but once I did I learned to love it.

Here’s how to make a kidney-cleansing cup of dandelion root tea:

Either that, or simply pop down to your supermarket or nearest health food store and invest in a pre-fabricated tea that contains plenty of dandelion root!

You were bound to see parsley somewhere on this list, am I right? My mother always held great esteem in a good bunch of parsley, declaring that it’s one of nature’s greatest detoxifiers. And it turns out she was bang on!

A 2002 study published in the Journal of Ethnopharmacology found that, similar to dandelion root, the diuretic effect of parsley is mediated by a potassium-sodium imbalance, creating an osmotic water flow effect that encourages greater urine excretion.

That’s the science behind it, anyway. All you really need to know is how to get the most kiddy-supporting effects from that bunch of parsley. You could always make a tea by pouring boiling water over the fresh leaves and stalks and allowing the mixture to steep, but my favorite way to enjoy it is in a delicious green smoothie.

Personally, I don’t see any real need to specifying any particular ingredients for your green smoothie. You can throw almost anything in there, as long as you chuck in a good sized handful of parsley to get that diuretic effect! Some of my go-to ingredients include raw organic milk (or full-fat coconut milk), frozen berries, banana, cinnamon, mint and spinach.

I was pleasantly surprised to learn that marshmallow root is a powerful diuretic that can be used to cleanse the kidneys. Why? Because I’m absolutely obsessed with marshmallows! I buy a large bag of ground marshmallow root from my local health food store every couple of weeks, and along with gelatin, vanilla and honey, I make the most delicious, nutritious marshmallows… not the fake kinds you get from the supermarket, which don’t actually contain any actual marshmallow root!

In addition to helping cleanse the kidneys of excess toxins, marshmallow root has also long been used to treat coughs and colds, increase saliva production, treat bacterial infections and protect against free-radical damage. It’s an all-round good guy when it comes to your health, but if you don’t have the time to make real marshmallows, simply make marshmallow root tea using the same methods I’ve listed for the above herbs.

If you’re in the habit of buying detox smoothies or juices from your local “hip” cafe, you’ll probably already know that celery is almost always a key ingredient. There’s a reason for that: celery is a natural diuretic, which as we know aids in the removal of toxins from the body and increases urination. It also contains specific nutrients that stimulate the kidneys and prevent kidney infections.

Celery is a pretty darn versatile vegetable and can be enjoyed in a wide variety of ways. Whenever I’m hungry, I’ll grab a stick of celery and munch happily away on it, or dip it in some organic peanut butter for an ultra-tasty snack. It also makes a great base for juices and green smoothies, jazzes up a boring salad and is great in soup. There’s really no excuse!