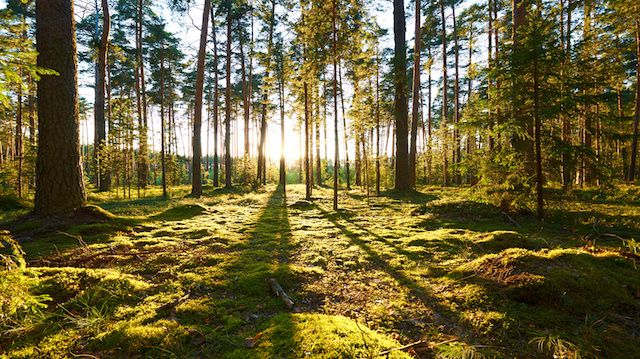 If you’re convinced that getting to your goal weight is impossible without extreme effort, you might be in for a surprise. This simple daily habit could make a big difference to your health.

Studies show that sunlight exposure in the morning improves weight loss. One study has even concluded that a person’s exposure to morning light can account for 20 percent of their body mass index (BMI). The BMI uses height and weight to determine whether a person is at a proportionally healthy weight.

The 2014 study from the Feinberg School of Medicine at Northwestern University was the first to link light exposure to body weight. They found that even 20 minutes of morning sun exposure can significantly affect BMI. The researchers theorize that early morning light turns on gene mechanisms that are linked to the internal circadian rhythm, which in turn triggers the body’s metabolism to start working.

Study participants wore a wrist monitor that measured their outdoor light exposure and sleep patterns for seven days, while they also kept track of food consumption. Those who got more exposure to light between 8 a.m. and 12 noon had significantly lower BMIs. Interestingly, this was found to be true regardless of sleep habits.

Understanding these bodily functions is exciting because it means we can use them to our advantage. When you better understand your own body, you can work with it rather than feeling like you are struggling against it.

How daylight can help you lose weight

You have probably heard of the circadian rhythm, the “clock” inside your body that regulates the times of sleeping and waking. When your body clock is thrown off, you feel wide awake at 2 a.m. or can’t wake up until long after sunrise.

Since electric light is only a recent invention, it’s natural that our internal clocks should work in accordance with the times of daylight and darkness. With the constant use of electronic devices and artificial lighting, we are unfortunately spitting in the face of these primal mechanisms, which are actually meant to keep us healthy.

Scientists are now coming to realize that light exposure may play a major role in regulating many functions within the body. Rather than limiting our understanding of metabolism and body weight to calories in versus calories out, a more complex understanding is coming into play.

The circadian rhythm has traditionally been considered purely sleep-related, however recent research has revealed that it is also tied to metabolism. This makes sense, since historically humans have been active and alert during the day, eating and accumulating energy, and have rested at night.

Each day we cycle between wakefulness and restfulness as well as eating and fasting. Melatonin is the chemical messenger behind both of these cycles. The production of this important brain chemical is triggered largely by contrasts of light, that is bright sunlight during the day and complete darkness at night.

The problem here is that Western lifestyles are based around indoor environments with artificial lighting. This artificial light is different in color and intensity from natural light. This is seen clearly when you measure and compare the amount of light in each environment using a unit called “lux.” While the outdoors has a light intensity of 1000 lux even on a cloudy day, our offices and homes are lit to only 200 or 300 lux. Sunlight also has a richer spectrum of color and is more blue in tone.

These findings could have a significant bearing on the future of design in public spaces and institutions. Incorporating more windows and encouraging students and employees to spend more time soaking in sunlight are important considerations for an evolving modern lifestyle.

Darkness is important too

Beyond not getting enough bright natural light during the day, we also tend to expose ourselves to artificial light at night. This does damage in the opposite way — getting enough sunlight spurs the activation of “daylight” mode, which is alert and metabolically active, while exposure to light at night results in impaired melatonin production and we fail to kick into nighttime fasting and resting mode.

Studies have clearly shown that this derangement of the basic day-night cycle is implicated in poor health and obesity. The pineal gland is a tiny mass of tissue within the brain that is responsible for sensing light and cueing hormone production in response. In animal studies, when the pineal gland is removed and thus melatonin cannot be produced, the animals quickly become obese. In contrast, when melatonin is administered on an appropriate day-night timing structure, the weight gain is reversed.

Melatonin does not operate in isolation — it interacts with a complex system of hormones that regulate hunger, satiety and metabolism. Hormones such as insulin, ghrelin and leptin are involved with regulating blood sugar, signaling hunger, balancing appetite and storing food as energy. All of these functions are affected and possibly impaired when a healthy melatonin cycle is not supported by our behavior.

Melatonin also performs other vital functions, such as facilitating nighttime cell healing. Therefore, this is clearly a hormone that we want to optimize and not ignore.

How to take advantage of sunlight for weight loss

Luckily there are ways to adjust our behavior so that melatonin production, and thus the circadian rhythm and metabolism, are optimized. To do this we must get the necessary light exposure during the day, and maintain dark conditions at night.

Upon waking, be sure to spend at least 15 minutes getting exposure to sunlight. This could be as simple as enjoying a cup of tea on the balcony or taking an early morning walk.

During the day, if you work inside, be sure to spend your breaks and lunchtime out in natural light or near a window. This will tell your body that it is daytime and may even hold off that afternoon sleepy period. 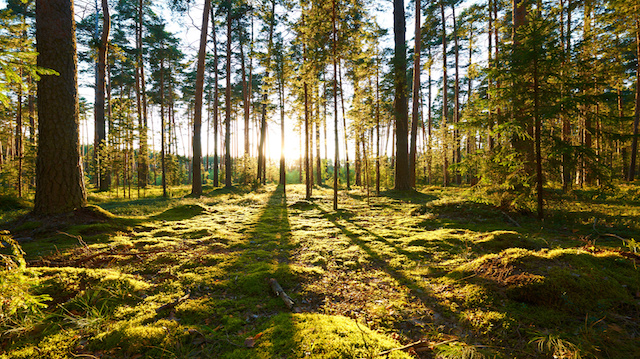 In the evening, it is important to minimize exposure to artificial light after the sun goes down. The lights in our homes and from our televisions and electronic devices emit a blue spectrum, which is similar to daylight and tricks your mind into staying wakeful. It prevents the production of that vital sleep hormone, melatonin.

You don’t have to swear off using your laptop or tablet after dark — instead, you can change the setting on your device or buy a pair of orange or yellow-lensed glasses. These block the blue spectrum of light and let your brain start producing melatonin. You need three to four hours of non-blue light for that melatonin process to kick in, so be sure to put the glasses on as soon as the sun goes down.

Another option is to install low-blue lightbulbs throughout the home. These are special lightbulbs that do not emit the blue-colored spectrum that imitates daylight. This small effort would negate the need to wear orange-lensed glasses around the home.

Eating according to the circadian clock

Studies have pointed out that matching eating times to the circadian rhythm also has an effect on weight. Mice allowed to eat unlimited high-calorie food only during the active daytime period gained less than half the weight compared to mice allowed to eat the same food during the normal rest period. This is thought to be controlled by a common gene called nocturnin, which has a hand in both the circadian clock and controlling weight gain.

Making some simple changes to your daily routine could allow you to realign with natural cycles. Who knew that such a basic concept could be the key to better sleep, an ideal body composition and improved lasting health! Drop the toxic diet products and combine this mindfulness of light levels with a whole-foods natural diet. You may have found the safest way to lose weight and keep it off.