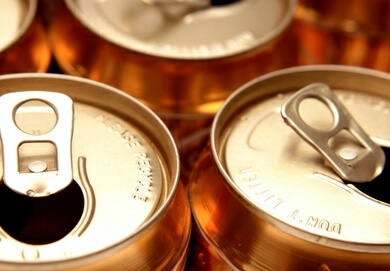 Most people know that soda is detrimental to health. Sadly, that does not always stop them from drinking it, often in massive quantities. In fact, statistics show that the average American drinks a staggering 58 gallons of soda per year! This is especially scary as studies show that even moderate amounts of soda are extremely unhealthy.

Both regular and diet sodas contain phosphoric acid, which inhibits the body’s natural ability to absorb calcium. This can lead to cavities, osteoporosis and bone softening. Phosphoric acid can lead to stomach acid disturbances, such as slowed digestion. It can also block other essential nutrients from being properly absorbed by the body.

Researchers at Harvard University have linked soft drinks to obesity. According to their study, 12-year-olds who drank soda had a higher likelihood of being obese than those who did not. For each can of soda they consumed daily, their risk of becoming obese increased 1.6 times.

Regular and diet sodas promote bodily dehydration, thanks to their high sodium and caffeine contents. Those who drink soda and minimal water are at high risk of chronic dehydration over time.

Another rarely-mentioned danger of soda is the BPA (bisphenol A) contained in many of the cans. BPA has strong links with hormonal disturbances, especially in children and pregnant women.

The high sugar content in regular soda spikes blood sugar levels, and can eventually lead to diabetes, weight gain, insulin resistance and a plethora of health issues. However, the most significant danger of the sugar found in sodas is that it is not regular sugar at all – it is high fructose corn syrup.

Advertising campaigns have tried hard to convince Americans that high fructose corn syrup, also known as ‘corn sugar,’ is no different than regular cane sugar. However, a number of studies urge us that this is not the case. Even moderate intake of high fructose corn syrup has been shown to trigger inflammation all over the body, leading to a wide array of health problems.

Because they are not bound, the glucose and the fructose are immediately absorbed into the bloodstream, which can cause significant metabolic disturbances, and also increased appetite.

High fructose corn syrup triggers systemic inflammation by creating holes in the intestinal lining, allowing gut bacteria byproducts and partially-digested proteins to enter the bloodstream. This type of inflammation is one of the primary causes of obesity, heart disease, dementia, accelerated aging, liver failure and many types of cancer.

Additionally, high fructose corn syrup can contain toxic levels of mercury due to the chlor-alkali products used in its manufacturing process. If this wasn’t enough to cause you to keep away from corn sugar, consider that most of the source corn has been genetically modified. The long-term effects of GM corn are untested and unknown.

Even considering the dangers of high fructose corn syrup, diet soda is an even more dangerous choice, thanks to the aspartame used to sweeten it. Dr. Mercola calls aspartame, “by far the most dangerous substance added to most foods today.”

Aspartame is designated as a ‘chemical poison’ in the book Prescription for Nutritional Healing by James and Phyllis Balch, and is responsible for over 75 percent of adverse reactions to food additives reported to the FDA. These reported reactions include seizures and death.

Over 100 different health problems have been linked to aspartame intake. These include but are by no means limited to multiple sclerosis, diabetes, mental retardation, epilepsy, emotional disorders and brain tumors.

In 1971, Dr. John W. Olney, neuroscientist at Washington University and one of the world’s leading experts on excitotoxins, informed the G.D. Searle Company, the inventors of aspartame, that the aspartic acid contained in aspartame caused holes in the brains of mice. His research, as well as objections by other experts, put FDA approval of aspartame on hold, but not for long.

In 1985, the G.D. Searle Company was purchased by Monsanto, and today, foods sweetened with aspartame can be found in nearly every grocery store aisle nationwide.

Research shows that drinking diet sodas can increase the risk of metabolic syndrome, which leads to high blood sugar and belly fat. A study performed in 2008 linked diet soda drinkers with a higher risk of developing both metabolic syndrome and diabetes.

Studies have also linked diet soda consumption with depression, and an increased risk of preterm delivery in pregnant women. These factors make diet soda an even more dangerous beverage choice than regular soda.

Both soda and diet soda offer the body no nutritional value. The negatives are innumerable, and the positives are none. The bottom line: just say no to sodas.