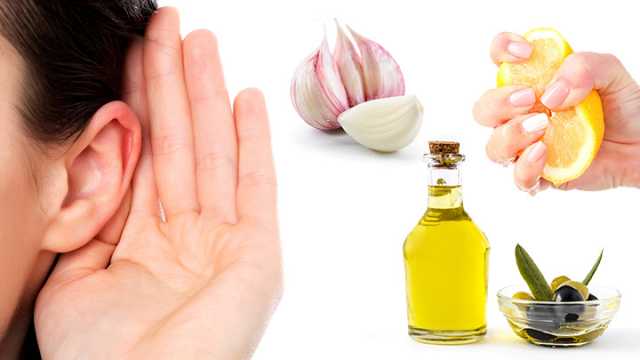 We live in a world filled with noise. I’m not talking about the gentle sounds of nature, of trickling water and rustling trees, but of anthropogenic noise. The kind that makes you cover your eyes and wince. The kind made by oversized machines and far too many people squeezed into one place, clamoring for attention.

Our ears weren’t made for this kind of audial onslaught. Machines and highly-concentrated urban centers didn’t exist until the industrial revolution of the mid-1700s, with the ensuing 250 years or so but a speck in our evolutionary history. Sadly, that’s not enough time for something like the ear to adjust to such a drastic change in our environment, meaning we literally have no built-in protection against all the noise that attacks our ears every single day.

It’s this very onslaught that has contributed to my chronic tinnitus. Due to the noise that my ears have been exposed to over the past 30 years, I’m now forced to deal with a lifetime of a constant ringing sound in my inner ear. As an interior designer in my former corporate life, I was exposed to all manner of noise, from the bangs and shouts of the construction site to the honks and screeches of the inner city. Even something so seemingly innocent as a blender can do permanent damage.

Obviously, I’m not the only one suffering at hands of all this noise we’ve created. All of us suffer some form of hearing loss or auditory condition at some point in our lives, and it’s widely accepted that our hearing will decline as we age. But does it have to? Aren’t there simple things we can do now to ensure our continuing crystal-clear hearing into the future?

Yes, as it happens. Here are three natural remedies for better hearing.

Many hearing disabilities have their root in a very simple cause: too much ear wax. Over time, the natural wax produced by our ears as a form of protection can get pushed further inside the ear canal, gradually becoming harder and forming an impermeable layer which can cause all kinds of complications… the most common of which is hearing loss.

This condition, known as wax impaction, needs to be resolved carefully; using something like a cotton swab to try and remove the wax may, in fact, force the wax further inside, making the problem worse. A more effective, natural alternative is to use olive oil.

If you don’t have any olive oil lying around, or simply can’t bear to part with even a small amount of your super-expensive organic extra virgin olive oil, there’s a simple, cheaper solution: distilled water. A 2013 study that examined a range of different ear wax removers found that distilled water was, in fact, the most effective of the lot. Simply perform the same steps that you did with the olive oil above, ensuring the water is distilled, clean and preferably warm but not hot.

It might sound like I’m advocating some sort of new-age Asian recipe with this natural remedy, but when you consider the potent healing powers of both these ingredients it actually makes a lot of sense. Onions are absolutely loaded with sulfur-rich antioxidants, which many believe can aid with ear trauma and provide a burst of healing nutrients directly to the ear. A 2012 study that exposed rats to sustained cochlear damage from exposure to intense noise found that antioxidants extracted from onions helped the rats’ ears to recover faster and more effectively.

Then there’s garlic — it’s just possible that it has even more antioxidants than onion, and has been used in so many herbal remedies and scientifically-verified medicinal therapies that it’s no great surprise to see it popping up in the hearing arena as well. Garlic’s advocates believe that it can promote better hearing by increasing blood flow to the inner ear and thereby supporting healthy cochlear function. Here’s what to do:

Here’s what to do:

Protect your ears against future damage

Now that you’ve got your hearing back to crystal clarity, let’s keep it that way! Have a think about everything that creates a lot of noise in your life, and find ways to minimize or avoid that noise. As an example, I now leave a pair of earmuffs beside my blender so my ears don’t get deafened every time I want to make a smoothie! I also make a point of covering my ears when noisy trucks and buses thunder past in town, as these can seriously damage your ears if you’re not careful.

Eat a healthy diet, avoid shoving things into your ears and contributing to more wax compaction, and your ears will thank you!