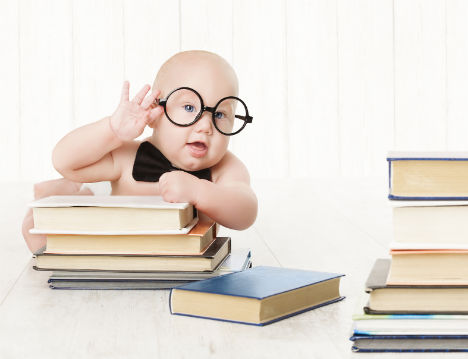 There has never been a debate that breast milk can provide babies with nutrients and immunities that no formula can perfectly match. Studies have found that the formula-fed babies in developing countries are 14 times more likely to die within the first six months of their lives than their breastfed counterparts.

Now it appears, breastfeeding can provide other advantages as well. Science has just linked breastfeeding with higher intelligence scores.

From birth to 30 years

In a study conducted by the Federal University of Pelotas in Brazil, a group of 5,914 new mothers were interviewed in 1982 regarding their plans to breastfeed. Follow up was done to determine the outcome of breastfeeding versus formula feeding in the lives of the children. The children in the study were followed all the way through to age 30.

“We were able to follow about 68 percent of the participants, which is a very good follow-up rate,” explained lead author of the study Dr. Bernardo Lessa Horta from the Federal University of Pelotas. “We observed that breastfeeding was positively associated with performance and intelligence at 30 years old, as well as education, school achievement and higher monthly incomes.”

The findings of the study revealed that children who had been breastfed for a period of at least one year had higher intelligence measurements by approximately 3.7 points, more years of education, and a 20 percent higher than average income.

Researchers believe one reason for the difference may be that breast milk contains a high quantity of long-chain polyunsaturated fatty acids (LCPUFA), which are crucial for brain growth and development. These same fatty acids have been found in shellfish and salmon.

Companies that produce infant formula have been adding LCPUFA to their products since the 1990s. Even so, there is no clear scientific evidence that the addition of LCPUFA to infant formula has made any mental or psychomotor development differences. 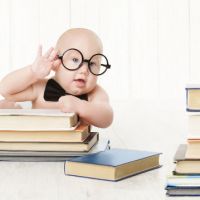 Critics of the “breast is best” outlook challenge that the study did not evaluate other differences that may have equally affected the outcomes of the study. For example, the quality of home life and bonding between mother and child could have brought about an increase in IQ.

One such critic, Texas A&M Professor Joan Wolf argued, “this study does not address the very real possibility that mothers who choose to breastfeed, regardless of income or education, distinguish themselves from those who bottle-feed in all kinds of ways that are likely to promote intelligence.”

However, Lessa Horta stands unwaveringly behind his research saying, “the finding supports the promotion of breastfeeding. It’s more evidence that besides the clear short-term benefits, breastfeeding also has long-term consequences in terms of human potential.”

In a separate study from 2013, that was published in JAMA Pediatrics, it was found that breastfeeding for longer periods of time in the child’s life was linked with improved verbal and non-verbal intelligence measurements in 7-year-old children.

What do you think? Is the evidence for the “breast is best” outlook solid, or are there pressing questions that still need to be answered?