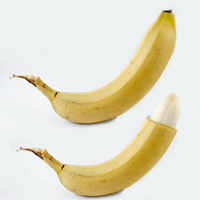 Q: I just found out we’re having a boy! Now we’re debating whether to have him circumcised. What do you think is best? – Alice P., Omaha, Neb.

A: The debate over whether to circumcise is worldwide. The city of Berlin, Germany, has declared that it’s legal for male babies to be circumcised after a local court in Cologne banned the practice, even for religious reasons. And in San Francisco, anti-circumcision activists tried to get a ban on the ballot (and failed), while several Northern European countries occasionally have prosecuted those who perform the rite, saying laws against genital mutilation are not gender-specific.

We believe the decision lies with you, the parents, but you deserve the latest medical information to help inform your choice.

The American Academy of Pediatrics’ newly released position paper states that the health benefits outweigh the risks, and there’s no indication that the procedure interferes with adult sexual function, sensations or satisfaction (as female circumcision does). Furthermore, serious complications are rare when circumcision is done by trained medical professionals using sanitary methods.

Whichever option you choose, you need to follow the proper method for cleaning an infant’s penis. After a circumcision, the AAP says the penis should be washed gently, without any aggressive pulling back of the skin. A non-circumcised penis should be washed with soap and water. As your son grows up, you will need to teach him proper hygiene to keep the foreskin clean. And congratulations on the happy news!