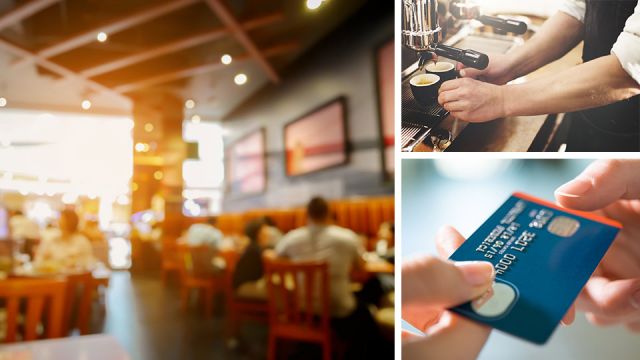 Ah, the twenties. Not the decade of flappers and Prohibition… I mean the ages of 20 to 29 years in the human lifespan. It’s an interesting time: the teen years are over, but may take a while to shake off. You’re officially an adult, but don’t always make adult decisions. It’s a time of many open doors, but often the paths to reach them are unclear and filled with twists, turns and stumbles.

I am happy to report that I survived my twenties. Not necessarily unscathed, but wiser, more grounded and with a lot of life lessons behind me that I wouldn’t trade for the world. Some of these life lessons are tied into financial issues… because for many people (myself included), the twenties aren’t exactly the years of fiscal responsibility.

The following are seven bad money decisions I made in my twenties. If you want to enter your third decade in a financially comfortable state, take heed and don’t do what I did.

Not sticking to a budget

I learned to make a budget in my teen years, I believe it was high school accounting class. I did well in that class, and one of the assignments was indeed a budget. I made several budgets in my twenties. Not detailed ones, but at least rough outlines. However, my problem was that I didn’t stick to them.

Even if I had only budgeted out $200 for food, for instance, I would often be careless at the grocery store if it was close to payday, and come home with way more groceries than I could afford. I was pretty laissez-faire in my early twenties, and it led to many, many periods of being quite broke and living on not-quite-enough because I had made bad decisions earlier in the month.

Running up my student line of credit

When I first started at university, I opened a student account at the local bank. I was surprised to learn that I was eligible for a pretty sizeable student line of credit, so I took it. As I was pretty broke at this time in my life (due to not enough income, bad financial decisions and other various life factors), the credit line became something to fall back on, and I used it too often.

Before I knew it, I was thousands of dollars in debt. Oops. It took me many years to finally pay that back.

Spending too much on others

In my early twenties, I was always the person who wanted to treat other people to nights out. Even though I didn’t make much, I had friends who made much less than I did, and I wanted them to have fun, too. Once I got a significantly higher-paying job as a legal assistant, I ramped up my generosity and bought food and beer for everyone. Way too often. I only had that job for just under a year, and afterward, I was back to being broke.

Don’t get me wrong, I don’t regret buying fun things for my friends. However, when I think about how much money I spent on things such as alcohol and late-night bar meals when I could have saved it, it’s pretty staggering. Instead, my friends and I should have been thinking of creative, less expensive things to do together. Plus, excessive alcohol is, as I thankfully learned pretty quickly, pretty life-draining.

Eating at restaurants too often

Not only did I take my friends out for food often, I also went out to eat on my own entirely too much. Most days a week, I just did not feel like cooking (though I knew how), and chose to grab a sandwich instead whenever I had the cash. I ate at restaurants during lunch breaks at work. I either skipped breakfast (I don’t recommend it, very unhealthy) or bought a bagel or breakfast sandwich.

In my later twenties, I cooked at home more. In my early twenties, however, I spent an pretty outrageous amount of money on restaurants. It adds up really fast.

I don’t function very well without my morning cup (or two) of coffee. Today, I make coffee at home every day. In my twenties, however, my trips to coffee shops to get mocha lattes were numerous. Just another one of those things that adds up. If you want to shock yourself a little, grab a calculator and estimate how much you’ve spent in the past year on Starbucks and other coffee shop drinks. A bit more than you thought, huh?

This is a tough one, because I didn’t have much money for most of my twenties to save in the first place. However, if I had made smarter financial and lifestyle decisions, I would have had an extra $20 or so a couple times per month to throw into a savings account. If I had done that throughout my entire twenties, that would have been a nice chunk of cash by my 30th birthday. No such chunk from that era, alas.

Not paying bills on time

At certain points in my twenties, I paid bills late because (as mentioned) I didn’t budget properly and spent my money elsewhere first. This, of course, led to me paying interest on those bills. Just more money wasted needlessly which I would have had if I had been more responsible.

Well, that’s my list. What bad money decisions did you make in your twenties? I won’t judge.