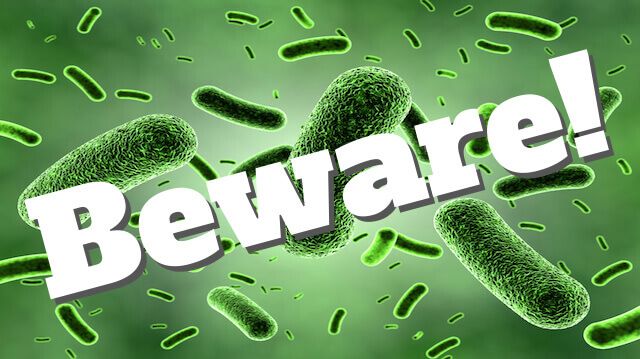 Summer is the time for more fun in the sun. Unfortunately, it is also the time for more warm and wet weather, which ultimately means more bacteria, as well. Part of protecting yourself means being aware of places where bacteria are likely to be found.

In the air conditioner
Thanks to the prolonged periods of high heat in summer months, air conditioners are often working day after day to keep up. This often means they collect vast amounts of dust, mold, and pollution in their filtration units. It can inhibit the efficient performance of the unit, but more importantly, it creates health risks for people inhaling the air.

“People who are already having problems with breathing or lung health — so people with allergies or respiratory disease — are going to be affected,” explained Abby Brokaw, director of the American Lung Association of the Upper Midwest Health House program. This is why it is important to clean the filter and remove the contamination buildup.

In sunburned skin
Redness and pain are not the only problems that can accompany a sunburn. Sunburned skin is essentially a wound, and it can become infected. Severe burns that lead to rupturing blisters can be a serious entrance point for a bacterial infection.

“The skin sloughs off, [and] if there’s any kind of raw wound, it can predispose you to an infection,” said Dr. Cameron K. Rokhsar, assistant clinical professor of dermatology at the Icahn School of Medicine at Mount Sinai.

In your picnic basket
“Foodborne pathogens follow an annual cycle and we tend to see peaks of them, especially bacteria, in the summer, at picnics, potlucks, and all the outdoor events,” said Melinda Wilkins, director of the online science master’s program in food safety at Michigan State University. 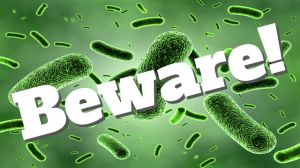 When it comes to summertime foodborne pathogens, many people worry about items like potato salad. While the ingredients can become contaminated from heat during an outdoor event, overall it’s not really a high-risk item for food bacteria. A more common source is actually ground meat.

“Actually potato salad has a kind of a bad rap, but it is not really a particularly high-risk food,” said Wilkins. “But people tend to bring frozen [burger] patties and throw them on the grill before they are fully thawed [and] ground meat that is not thoroughly cooked is one of the riskiest items.”

In the pool
Pools are rather notorious for being bacteria-laden, particularly large public pools. In a 2013 study by the U.S. Centers for Disease Control and Prevention (CDC), several water samples from public pool filters were tested for genetic material such as DNA.

Findings revealed that 58 percent of the samples tested contained E. coli, which is a marker for fecal contamination. This indicates that swimmers introduced contamination to the pool water by not rinsing off before entering or by having a fecal incident in the water.

Pseudomonas aeruginosa was also revealed in 59 percent of samples tested. This nasty little bacteria is responsible for ear infections and skin rashes. Its presence in the water indicates a contamination by swimmers or another environmental source.

“Swimming is an excellent way to get the physical activity needed to stay healthy,” said Michele Hlavsa, chief of the CDC’s Healthy Swimming Program. “However, pool users should be aware of how to prevent infections while swimming. Remember, chlorine and other disinfectants don’t kill germs instantly. That’s why it’s important for swimmers to protect themselves by not swallowing the water they swim in and to protect others by keeping feces and germs out of the pool by taking a pre-swim shower and not swimming when ill with diarrhea.”

“Listeria (bacteria) is a really sneaky pathogen in that it likes to live in cooler temperatures and populate machinery,” explained Wilkins.

Back in April, the popular ice-cream brand Blue Bell had a listeria contamination in its products that led to three deaths.

Be sure to enjoy the warm weather for as long as it lasts, but exercise common sense when it comes to potential sources of bacteria. Illness puts a real damper on everything, so protect yourself and those you love.