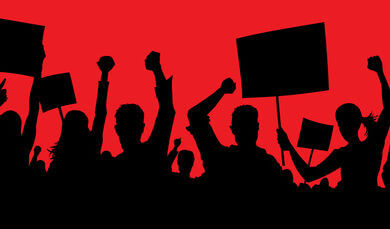 Monsanto’s worldwide efforts to gain ground for its genetically modified seeds are now being met with mass protests in Chile. Thousands of Chileans across nine cities have come together against a bill called the Plant Breeders Act, informally known as the ‘Monsanto Law.’

The bill was proposed by Chile’s ex-President, Michelle Bachelet, and has already been approved by the House of Representatives. It is now under discussion by the Chilean Senate, and this has anti-GMO citizens extremely worried, for the nation’s biodiversity, as well as for their own health.

If passed, the ‘Monsanto Law’ would allow multinational companies such as Monsanto to develop and patent GMO seeds in Chile. According to protesters, these patents would allow corporations to set the price of seeds and decide who can use them.

Ivan Santandreu, a member of the group Chile Sin Transgenicos (Chile without GMOs), explained, “this law puts seeds into the hands of a few transnational companies. This measure does not contribute to the innovation and wellbeing of independent farmers at all. What it does is put food sovereignty at risk by making it dependent on big corporations.”

At the protests, Chileans have been seen dressed up as bees, and as zombies. Some carry signs translating to the effect of, ‘Monsanto will patent your life,’ and ‘Monsanto kills.’ Citizens of all ages have rallied to fight for a GMO-free Chile. A small boy, around ten years of age, was photographed holding a sign translating to, ‘Monsanto sows death.’

Despite the mass outcry against genetically modified foods around the world, Monsanto and similar companies continue to push their agendas. We wait and see if the Plant Breeders Act will become a law in Chile, and hope that the voices of thousands of concerned Chileans will be heard and heeded.