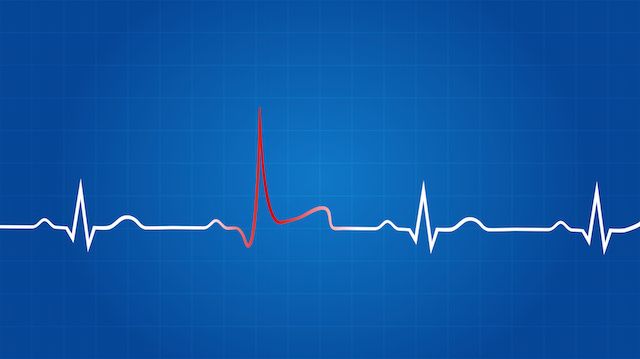 If you have had a heart attack and worry about sexual activity triggering another, you may be able to cast those troubles aside. A 2015 study, published in the Journal of the American College of Cardiology revealed that sexual activity is not a risk factor for further cardiac arrests.

The study reviewed 536 people with heart disease between the ages of 30 and 70 and found that sexual activity amounts to the same physical exertion as taking a brisk walk or climbing two flights of stairs. Fifteen percent of the patients analyzed in the study did not have sex leading up to their heart attacks. Approximately five percent had sex less than once a month, 25 percent less than once a week, and 55 percent had sex weekly.

The researchers evaluated the participants over 10 years and recorded a total of 100 cardiac incidents. One commonly perceived risk factor in the past has been sexual activity. However, the new data suggests that sex was not a catalyst for heart problems. The researchers also accounted for timing in the study, finding that only one participant had a heart attack within an hour of sexual activity. Further, the research revealed that 78 percent of participants had a heart attack more than 24 hours after sex.

Dr. Dietrich Rothenbacher, the study’s lead author and chair of the Institute of Epidemiology and Medical Biometry at Ulm University, Germany, stated in an American College of Cardiology news release, “Based on our data, it seems very unlikely that sexual activity is a relevant trigger of heart attack.” Rothenbacher also added that less than half of men and a third of women receive proper information from their doctors regarding sexual activity following a heart attack.

A separate study has been conducted by the American Heart Association for its initiative Go Red for Women, which educates women on heart health. In the study, 17 women, 60 years of age and older, were surveyed about their sex lives. The study found, “Most women and many of their partners were afraid to have sex again. They wondered when it was safe to resume sex and how much exertion their hearts could handle.” The American Heart Association also recommends brisk walking as a physical activity to prepare for sex after a heart attack.

Every 43 seconds, someone in America has a heart attack, according to the Centers for Disease Control and Prevention (CDC). There are 735,000 heart attacks every year in the United States, and approximately two-thirds of them are first-time cardiac events. This year’s research by Dr. Rothenbacher and colleagues points toward other risk factors other than sex.

It is important for you to know what you can and cannot do after a heart attack. If you get the go-ahead from your physician, moderate exercise — including sex — is a wonderful way to improve heart health. Maintaining a healthy body weight and eating plenty of fresh fruit and vegetables are first and foremost when it comes to looking after your heart.

The American Heart Association’s “Diet and Lifestyle Recommendations,” published in Circulation (2006), recommends choosing lean meats, fish, and food that is high in fiber in order to decrease your risk. The guidelines also suggest decreasing or cutting out sugar, refined table salt, saturated fats, alcohol, and smoking. Making smart food choices when dining out are also recommended. Enjoy the many wonderful, fun and healthy things life has to offer. Eat healthily, exercise, and have sex!

What are a few of your medical worries after a heart attack, and is sex one of them?