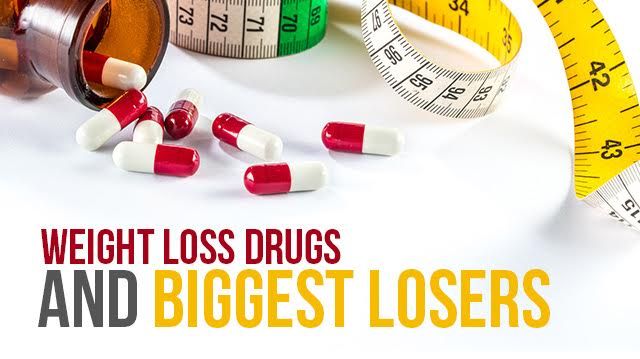 Earlier this month, the reality TV show The Biggest Loser was in the hot seat after a six-year study revealed that many of the contestants experienced post-show weight gain due to slower metabolisms and reduced hormone levels as a result of rapid weight loss during the show. Now, NBC’s The Biggest Loser is in the hot seat once again, this time with shocking claims from “ex-losers” that the show’s doctor and trainer allegedly urged contestants to take meds and go hungry.

Former contestant Suzanne Mendonca told Fox & Friends host Steve Doocy that to get onto the show she needed to gain an additional 30 to 40 pounds. Her subsequent additional weight loss apparently made the show and its weight loss program look that much sweeter.

Mendonca also suggested that certain contestants were fed baking soda prior to a weigh-in to make them retain water. Their weight loss results could then be manipulated in order to send them home early.

Ex-losers told the New York Post that the show encouraged contestants to take street drugs while starving themselves and to lie about how much weight they were losing. Former contestant Lezlye Donahue said going on The Biggest Loser was her “biggest nightmare,” even worse than what she had to endure during hurricane Katrina.

A source told the New York Post that show trainer Bob Harper and one of his assistants supplied contestants with the prescription drug Adderall, as well as Yellow Jacket energy pills that contained ephedra extract. At one time, ephedra was used to encourage weight loss and boost energy, until the Food and Drug Administration (FDA) banned it.

Some weight loss drugs have serious side effects, or may have the potential to cause dependence and abuse. If contestants were indeed told to take drugs that contained ephedra extract, doing so could have increased their risk of experiencing potentially fatal side effects, including stroke, heart attack, seizures, or severe mental disorders.

In fact, the FDA issued a final rule prohibiting the sale of dietary supplements containing ephedrine alkaloids (ephedra) in 2004 because such supplements present an unreasonable risk of illness or injury.

Joelle Gwynn, who took part in the 2008 series of The Biggest Loser: Couples, said she took the pill once, but then felt “jittery and hyper.”
“I went and told the sports medicine guy. The next day, Dr. H [Dr. Rob Huizenga] gave us some lame explanation of why they got added to our regimen and that it was up to us to take them . . . People chastise Bill Cosby for allegedly offering meds to women, but it’s acceptable to do that to fat people to make them lose weight. I feel like we got raped, too, ” said Gwynn.
NBC fights back

Dr. Huizenga denied the allegations in an email to the New York Post. “Nothing could be further from the truth,” said Huizenga. “Contestants are told at the start of the show that there is zero tolerance for any weight-loss drugs. Urine drug screens and the evaluation of serial weights are repeatedly used to flush out possible illicit use.”

However, Mendonca claims that people took amphetamines, water pills, diuretics, and threw up in the bathroom as a means to achieve their weight loss goals. Although Mendonca says she never took any drugs herself, she admits to vomiting every single day to achieve her weight loss goal.

Extreme weight loss shows like The Biggest Loser set a terrible example to the public, which calls into question whether or not this type of show should be permitted on television. The instant fame people experience on reality TV shows encourages some to do things they may not normally do. Perhaps the show’s trainer and doctor did use manipulation to make contestants feel like there was no other way to achieve success, but there is a point at which you have to stand up and say enough is enough.

Former contestant Gwynn compared Bill Cosby’s alleged drugging of women for sex to her own experiences on the show, and went on to say she felt as if she were raped too. However, the difference between being drugged and raped versus given drugs to lose weight is freedom of choice. A victim who is drugged and then raped has all of their power removed. Gwynn, along with other contestants, had a choice and could have ultimately said no, as difficult or unpopular as that decision might have been.