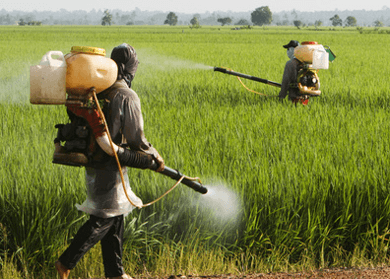 Pesticide use in the United States in large farming businesses has dramatically increased since World War 2. Even more, systemic pesticides introduced in the late 1980s and 1990s have changed how farmers are attempting to protect their crops in ways not seen before with little consideration about the long term impact these dangerous chemicals have on bees.

In the documentary Vanishing of the Bees, the dramatic impact of systemic pesticides on bee colonies demonstrates the links between the FDA and large agrochemical companies such as Monsanto.

The Impact of Systemic Pesticides

Although bees have long been exposed to pesticides that have been used at unprecedented levels since World War 2, Monsanto and other agrochemical companies introduced systemic pesticides in recent years that have changed the game entirely.

Claiming that these new pesticides are dramatically more effective and save money for large scale farming operations, systemic pesticides are applied to seeds or immediately to plants as soon as they germinate. As a result, the pesticide is integrated into the entire plant, including stalks, leaves and seeds. Additionally, the pesticide permeates the soil where the plants are located.

In France and other countries, beekeepers raised substantial concerns over the effect of systemic pesticides on bees. They also conducted their own studies regarding the impact of the new pesticides on bees. Their findings revealed that systemic pesticides transfer low levels of the pesticide to the bees which are taken back to the hive. The chemicals are deposited into the hives and fed to developing bee larva, affecting bee immune and nervous systems. Each trip out to forage for food increases accumulated chemicals in the hive. Compromised immune systems leave the bees vulnerable to parasites and infections. Compromised nervous systems impact the bees’ ability to find their way back to the hive and their ability to effectively forage for food.

With each generation exposed to the chemicals, the immune systems and nervous systems of the bees are further weakened until reaching a critical mass and the colony collapses entirely.

The good news is that France and other countries have discovered that removing systemic pesticides results in bee colonies rebuilding to formerly healthy levels. In regions with strong levels of organic farming and organic beekeeping, there were little to no incidences of CCD at all, further supporting the research implicating pesticides and, specifically, systemic pesticide use as one of the largest contributing factors to CCD developing as a problem.

Bees are extremely important as a link in our food supply. The evidence that agrochemical companies are the largest contributor to CCD and that the FDA is using chemical industry studies rather than scientific evidence from other sources to determine the cause of bee colony collapse is alarming. Organic farming, including organic beekeeping methods are the best way to sustain our food sources. You can support the bees by growing your own fruits and vegetables using organic methods. If you do not have the space to start your own garden, buy organic produce, including organic honey.

What do you believe should be done to save the bees? Let us know in your comments.