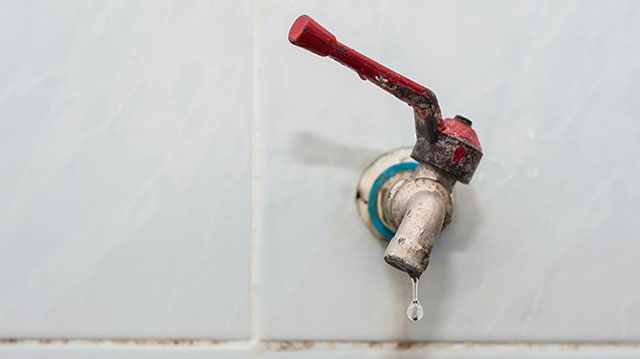 Some Chicago residents, fearful of water contamination from lead pipes, are taking action. They are having such pipes replaced in numbers. However, the cost of replacement is beyond the reach of some middle-class Chicagoans, let alone residents living in poverty.

Plumbers are in huge demand, as well-to-do Chicagoans — especially those with children, who are most vulnerable to lead poisoning — have lead pipes replaced. Unfortunately, many cities and towns throughout the country may find themselves dealing with high lead levels in the water supply, and are unprepared to deal with the consequences.

Approximately 80 percent of Chicago households receive their drinking water through lead service lines, which bring water in from the mains. The city pumps its water from Lake Michigan, and treats it with phosphate to avoid lead contamination. However, lead service lines “are the largest single source of lead in residential drinking water,” according to the US Environmental Protection Agency (EPA). The EPA notes there is no safe level of lead exposure. For infants especially, drinking water can contribute 40 to 60 percent of lead exposure, more than the usual culprits of contaminated paint, soil and dust.

Lead builds up in the body over time, and causes serious health issues. In young children, it can affect physical and mental development, according to the renowned Mayo Clinic. In a worst-case scenario, lead poisoning can kill. In children, lead poisoning symptoms include the following:

Babies exposed to lead in their formula may grow slowly and not progress mentally as quickly as babies without lead exposure.

Chicago is in the midst of a major construction project to replace its aging water lines. While such infrastructure replacement is long overdue, it may exacerbate possible lead contamination in the city’s water. The 10-year project is scheduled to replace 900 miles of water pipes. While the city’s water mains are not made of lead, that’s not the case with the private pipes going to commercial and residential properties from the mains. A class-action lawsuit has already been filed on behalf of several Chicago residents claiming the construction work increases lead levels in drinking water.

A 2013 EPA study on Chicago water sampling protocols for lead indicates that the city’s existing protocol “underestimates lead corrosion and lead levels in drinking water at sites with lead service lines.” The study also found that sites with disturbed lead water lines had the highest lead levels, and those sites with low water use may have high lead levels “for years.” The study points out that the time needed to flush out lead from taps is greater than previously recommended by the EPA.

Chicago officials contend the city’s water meets all EPA standards, and have not seen an increase in lead levels in disturbed areas during the recent construction.

The EPA issued a warning to denizens of the country’s third-largest city, giving them instructions to avoid possible lead contamination. The EPA recommends running water for a minimum of three minutes before use if the tap has not been used for several hours. Other precautions include the following:

The EPA also advises residents to “remove the lead service line,” which is a costly procedure and currently rests entirely on the property owner. On average, removing a lead service line runs at about $18,000. While that’s a good chunk of change for a homeowner, not replacing the line endangers the owner’s health and may make it difficult to sell the property in the future.

What is to become of the Chicago residents who cannot afford to replace their lead service pipes? The city does provide free lead testing, so people will know whether elevated levels are in their drinking water. For those whose homes have high levels, purchasing bottled water for drinking and cooking is the only option.