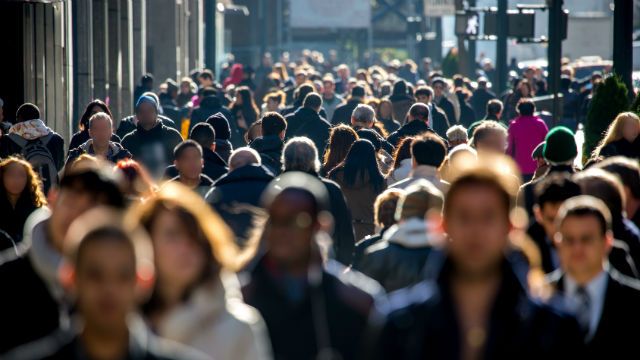 We all know that there are often downsides to following the crowd – in both our personal and professional lives. Oftentimes, what the majority does, or considers normal, is not the best course of action for an individual, who has their own needs and goals in life.

However, despite this knowledge, there is a strong natural tendency present in humans (and other animals) to follow the crowd. A recent international study, published in the journal Interface, examined this tendency, and found that it can very likely influence poor decisions by individuals who desire to be part of the “herd.”

For their study, research teams from the University of Exeter, Princeton University, the Sorbonne Universities, and the Institute for Research and Computer Science and Automation worked together to create mathematical models to simulate the evolution of social information in groups of animals. From the model, they observed that individual group members “overly rely on social information.”

According to the study’s lead author, Dr. Colin Torney of the University of Exeter, “social influence is a powerful force in nature and society. Copying what other individuals do can be useful in many situations, such as what kind of phone to buy, or for animals, which way to move or whether a situation is dangerous.”

Dr. Torney adds, “however, the challenge is in evaluating personal beliefs when they contradict what others are doing. We showed that evolution will lead individuals to over use social information, and copy others too much (more) than they should. The result is that groups evolve to be unresponsive to changes in their environment and spend too much time copying one another, and not making their own decisions.”

This “herd mentality” is highly apparent in human behavior today. For example, droves of people still head to McDonald’s after work, despite the overwhelming research of the dangers of junk food. Similarly, many of us are still eating too much sugar and drinking too much soda, despite rising rates of obesity, type 2 diabetes and heart disease.

Yet another example is genetically modified organisms. There is no long-term research at all assuring us that these “foods” are safe, yet many of us will still consume them with little to no question. This may be because we figure that since so many other people are eating them, it is ok for us too – the individual following the group.

So, are we all doomed? Hardly! Although there is a natural tendency to follow the crowd, as this study exemplifies, each one of us is still responsible for our individual decisions. It may be difficult, but choosing to do your own research on issues such as nutrition, GMOs, etc., instead of following the crowd mentality, is one of the absolute healthiest things you can do.

Additionally, as more and more people start making individual healthy choices, it will become more and more of a “group activity,” and the health of our nation will likely begin to improve markedly. We have begun to see this on a global level with GMOs – the more people start standing up for the purity of their food, the more are joining, and the anti-GMO movement is now a major worldwide effort.

For true change to happen, we all need to think and act as individuals, and to nurture our own health in the best way possible. For a group to change, it takes only one person to begin, and others to notice.