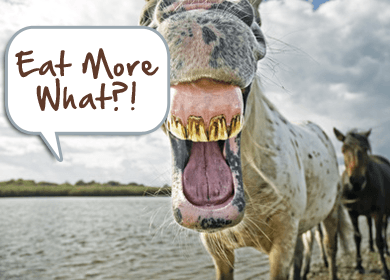 We already know that eating fast food means consuming highly processed meals filled with unhealthy ingredients and numerous toxins that will ultimately lead to an over-abundance of inflammation in the body and a wide variety of diseases and chronic illness including cancers, heart disease, diabetes, obesity and a long list of just about everything imaginable. 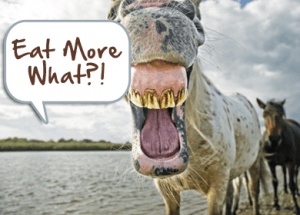 Just last night, Burger King admitted that horsemeat was detected in some of their beef. A spokesman for the famous fast food joint remarked, “Four samples recently taken from the Silvercrest plant have shown the presence of very small trace levels of equine DNA… we have established that Silvercrest used a small percentage of beef imported from a non-approved supplier in Poland. This is a clear violation of our specifications, and we have terminated our relationship with them.”

According to the According to the UK’s Daily Mail, the fast food chain had previously given a series of “absolute assurances,” that its products were not involved. It was only when the tests revealed the real truth that they admitted the allegations were correct. Either the company apparently has no idea what goes into its own products, or they tried to hide what they were already aware of. The article also states that Burger King has in fact faced allegations of orchestrating a cover-up of its links to the horsemeat scandal to give it time to find another supplier. The “beef” that was contaminated was sold in the U.K.

Processed foods contain especially harmful ingredients, many of them hidden by these big food conglomerates, while sugary drinks and fried foods are well-known causes of the alarming rate of obesity in our nation in addition to its immediate negative effects such as sluggishness and sometimes heartburn or stomach upset.

How often do we actually feel good after eating a fast food meal? If we know what we’re eating can have a host of detrimental effects on our bodies, why do we continue to patron the fast food chains? In addition to all of the health concerns, do we really want to worry about eating horsemeat? In the United States, it’s not even legal to use it as an ingredient in pet food.