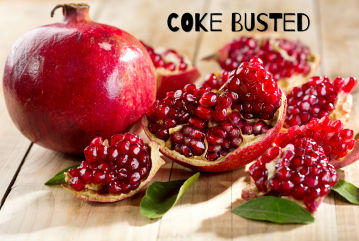 In a major breakthrough in their five-year legal battle with the Coca-Cola company, POM Wonderful, the manufacturers of POM pomegranate juices, have been given permission by the US Supreme Court to go ahead with their lawsuit, denying Coca-Cola’s attempts to throw it out of court.

In response to POM’s lawsuit, the Coca-Cola company asked for the suit to be dismissed, claiming that it did not violate FDA labeling standards. While two lower courts sided with Coca-Cola, the owners of POM Wonderful did not give up, and pursued the issue up to the US Supreme Court.

The Supreme Court decided that Minute Maid’s label could indeed be considered misleading, and said the suit could continue. Remarkably, the decision was unanimous. The lawsuit is now moving towards a trial, though it may be settled before it gets there. If it does go to trial, a jury will deliberate if Coca-Cola owes POM any damages.

Diana R.H. Winters, an associate professor at Indiana University law school, states, “I don’t know whether it [this lawsuit] will change the landscape of labeling. I think food companies will have to look more closely at their labeling now.” This is certainly an encouraging prospect, considering the loose terminology, stipulations and loopholes currently allowed to appear on food labels, including many of those that are claiming to be “natural”.

On a side note, a word about pomegranates: These fruits are delicious and magnificently healthy. They contain several B-vitamins, vitamins C, E and K, minerals including magnesium and phosphorus, as well as number of antioxidant compounds. While 100 percent pomegranate juice, free of additives, has many health benefits, it does not top eating the seeds of the actual pomegranate itself.