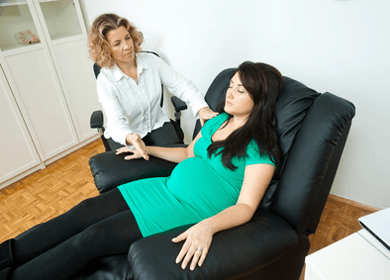 When you hear the word hypnosis do you conjure up images of some dude in a tie dye shirt waving a crystal ball in front of your face? Or how about a room full of incense and snake oil? Although these images are prevalent, especially among supporters of mainstream conventional medicine, they are merely stereotypes.

Hypnosis is a far cry from a theatre act. A number of rigorous studies indicate that there is real, true medicinal value in the age old practice. For example, hypnosis has been proven to reduce time spent in hospital and decrease health insurance costs by promoting healing and reducing the necessity for expensive drugs.

Hypnosis is really the act of putting a patient in a very deep state of relaxation where the mind is open to suggestions and coercion to some degree.  In short, hypnosis is helping the  mind help the body to heal and feel better. When a person is put into hypnosis they are first encouraged to a state of trancelike focused attention. Hypnosis experts liken the experience to watching something beautiful and becoming absorbed with it like staring at the stars. At this point in time, patients are aware of everything around them, they are just super focused.

The changes that occur in the brain allow people to alter their perception. The use of hypnosis with patients suffering with mental illness or to bring back early memories is somewhat controversial because it could create false memories. However, when used appropriately, as a tool for healing, it has had great success.

Many, who suffer with chronic pain, have found relief through hypnosis. Although not everyone is able to be hypnotized, research shows that up to 80 percent of chronic pain suffers state it helps them manage their pain. Hypnosis has also been useful in weight management, treatment of irritable bowel syndrome and with smoking cessation programs where bad habits are replaced with good habits. One of the major benefits of hypnosis is that it is far less risky than the plethora of pharmaceutical drugs that are recommended for conditions such as chronic pain and irritable bowel syndrome. 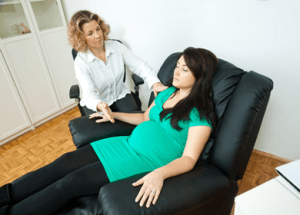 Why Not Use it More?

Hypnosis experts believe that most physicians and hospitals have the wrong idea of hypnosis and are not able to see the value because of the preconceived notion that it is “fake,” and not useful. However in a recent study with breast cancer patients, hypnosis was used on one group prior to surgery and a psychologist was provided for the other group to talk to before surgery. The group who was hypnotized required less sedatives than the other group, had a shorter surgery time, less postoperative pain, nausea and emotional turmoil after the surgery.The researchers concluded that just 15 minutes of pre surgery hypnosis could save the hospital over $700 per patient. It may just be a matter of time before the evidence overrides the stereotype of hypnosis and mainstream medical practitioners finally see the value of a “mind trained well.”

Are you getting sleepy………..very sleepy?