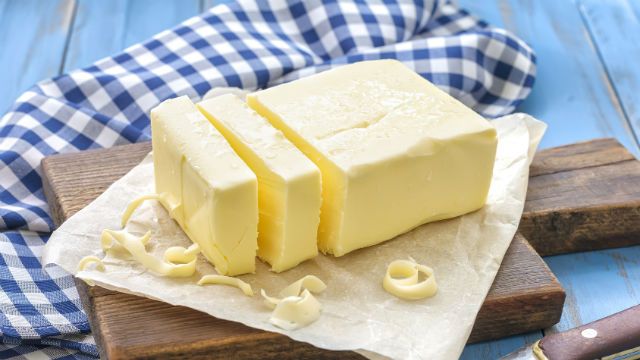 It appears that mainstream media is finally starting to get behind what natural health information sources (like us!) have been saying for quite some time: that saturated fats are indeed not the enemy, and have many health benefits.

While this turnaround has been coming for years, it is extremely refreshing to see it becoming general knowledge once more.

To summarize and illustrate this point, TIME Magazine has released a cover preview  for their upcoming issue. The cover sports a large headline reading, “Eat Butter,” along with a picture of a ribbon of the yellow gold feared for so long by so many people.

This cover, and message, is based on a new study performed at the University of Cambridge, which surveyed 72 studies, involving 600,000 people from 18 different countries, and found no link between saturated fats and heart disease.

Included in the study is an explanation of the skewed research performed by Ancel Keyes, which became the basis for the popular notion linking saturated fats to heart disease, obesity and type 2 diabetes. As we detailed in a previous article, the Seven Countries Study which Keyes began in 1958 presented highly biased data to support its conclusion that saturated fats are bad.

Keyes, a physiologist who also advised the Department of Defense during World War II and performed medical experiments that can be called shady at best, came up with a graph that showed a linear relationship between high cholesterol and high rates of heart disease in seven countries. However, Keyes omitted the data from 22 countries from his graph, as it did not fit into his “diet heart hypothesis.” Many of these countries’ data actually displayed a relationship between high cholesterol levels and low rates of heart disease.

In actuality, as more and more experts are beginning to acknowledge, saturated fats are quite good for you. When these fats come from natural sources, such as organic coconut oil, avocadoes, and organic, grass-fed meat and dairy, they actually help to lower heart disease risk, aid in weight loss, and even help to reduce belly fat.

These healthy fats also support optimal immune system health, healthy skin and a better quality of sleep, and are necessary for the proper functioning of all the cells in the body.

As to why it has taken so long for the stigma to be removed from saturated fats, cardiologist Aseem Malhotra explains, “the food industry has profited from the low-fat mantra for decades because foods that are marketed as low-fat are often loaded with sugar. We are now learning that added sugar in food is driving the obesity epidemic and the rise in diabetes and cardiovascular disease.”

The food industry also used saturated fat-hatred to promote refined, processed unsaturated fats, which, according to the new Cambridge study, do not lower heart disease risk despite intense marketing campaigns that assure us that they do.

The lead author of the new study, Dr. Rajiv Chowdhury, states, “it’s not saturated fat we should worry about. It’s the high-carb or sugary diet that should be the focus of dietary guidelines.” Both refined sugars and refined carbohydrates, especially wheat, cause system-wide inflammation, which opens the door to a number of chronic illnesses, including insulin resistance, diabetes and heart disease.

So, rest easy cooking your veggies in scrumptious grass-fed butter or delightful organic, extra-virgin coconut oil, don’t feel guilty about that grass-fed steak, but leave the sugary foods and drinks, as well as the processed, carb-laden baked goods, on the shelf.