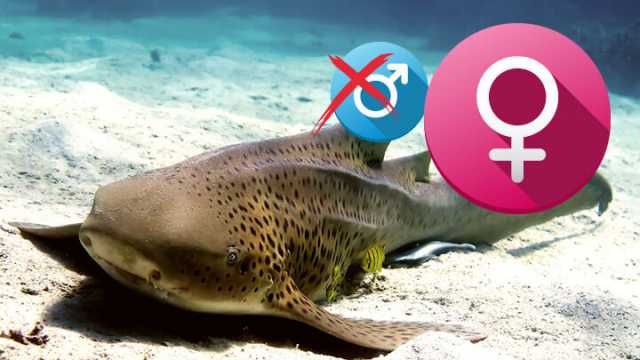 A female shark from Australia has become the first of her species to switch from sexual to asexual reproduction. Leonie, a zebra shark, had previously produced offspring with a male mate. But in 2012, she was separated from him. Aquarium staff could no longer support the number of baby sharks the couple was producing. Despite being separated from her mate, she managed to produce three babies, leading researchers to say, “Wait, what?”

After 2012, Leonie had never shared a tank with another male shark. This resulted in some surprised aquarium attendants when they discovered she had given birth. Researchers first assumed she had somehow stored up some of her ex-mate’s sperm. However, that turned out not to be the case. The “saved sperm for a rainy day” theory was proved false when DNA tests showed her babies to be entirely from her mother’s genes. 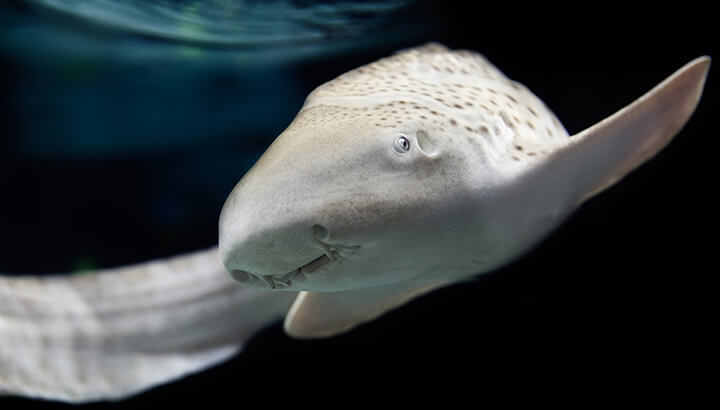 This is not the first case of sharks reproducing asexually. The first such event occurred at a Nebraskan zoo in 2001. Zoo attendants were naturally a little shocked when a tank that had contained three female bonnethead sharks (small sharks similar to hammerheads) all of a sudden contained three sharks and a baby (TV sitcom waiting to happen). DNA testing confirmed that the baby, which was killed by a stingray shortly after birth, was entirely derived from one individual female bonnethead shark.

Also in 2001, a blacktip shark in Virginia reproduced despite having never been in contact with a male shark. This finding led to another interesting case at the Detroit aquarium in 2002. Two female white-spotted bamboo sharks shared a tank and would sometimes lay eggs. This is not uncommon. Normally animal care staff would remove the eggs since they were supposed to be unfertilized. However, upon hearing of the asexual reproduction by the blacktip sharks, curators at the Detroit aquarium said, “What the heck, let’s leave the eggs there and see what happens.” After 15 weeks, a couple of baby sharks hatched.

Leonie’s recent asexually produced babies are the first time that a shark has been recorded as switching from sexual to asexual reproduction, however. This is an interesting development, considering we have only known that sharks can do this for the last decade and a half. It leaves open the question of if and how often this happens in the wild.

Some species have gotten so good at reproducing without males, they’ve done away with them altogether.

Researchers believe that two species of spiders have stopped reproducing with males. In fact, males may never have been part of the equation. Triaeris stenaspis (evidently no non-science name exists for them) are small, orange-colored spiders. Experts have only ever found females. When kept under laboratory settings, researchers found the spiders to lay eggs that produced only female babies. Similarly, goblin spiders found in Venezuela are thought to be only female as well.

In some species of spiders, the male dies after mating. Perhaps the two species referenced above decided simply to save the boys all that trouble.

There are no reported cases of mammals reproducing asexually in the wild. But that doesn’t mean scientists aren’t trying to make it happen!

In 2004, scientists in Tokyo were able to induce asexual reproduction in a female mouse, which opened the door for possibly extending the science to humans. The researchers involved in the study also found that the asexually produced mice tended to live longer than those produced through sexual reproduction.

Here’s the theory: Since females tend to live longer than males in many species,  the females have enhanced longevity ridding offspring of all connection to a male. This leaves room for the possibility that asexually produced female humans may lead longer lives as well. Not only are males becoming less necessary in the equation, it might actually turn out to be better for the offspring.

Asexually produced humans are on the way

Forget about driverless cars, motherless or fatherless babies are almost a reality! Researchers from the Institute for Reproductive Medicine and Genetics were actually looking at ways of creating brain embryos that could be transplanted into Parkinson’s patients when they accidentally discovered a way to artificially fertilize human eggs.

While applying their research to mice, researchers ended up triggering asexual reproduction on their test subjects. Their attempts to genetically engineer the embryos made an artificially produced “chemical sperm alternative.” This led to egg fertilization similar to how a sperm does it. Babies produced this way would be entirely female. While limited in some ways, the discovery does provide some hope for couples where the male is infertile, or same-sex female couples who don’t wish to use a sperm donor.

Same-sex male couples have also received some good news in this regard. Recent research indicates that female eggs are no longer required for reproduction. Scientists have now figured out how to grow “pseudo-embryos” that can then be injected with sperm. So far, the success rate of this method with mice is only 24 percent. Still, that is higher than the zero percent chance that existed beforehand.

“Our work challenges the dogma, held since early embryologists first observed mammalian eggs around 1827 and observed fertilization 50 years later, that only an egg cell fertilized with a sperm cell can result in live mammalian birth,” stated Dr. Tony Perry, a researcher from the University of Bath.

The conventional method of reproduction is still a highly popular activity. However, many species appear to be trying out new methods. Be it sharks or humans, things are changing when it comes to making babies.