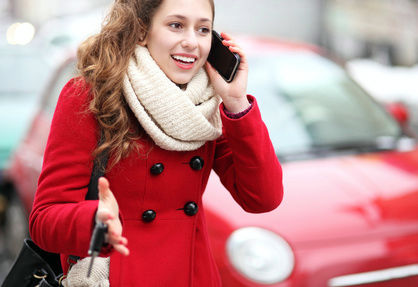 A study published just this September in the journal Clinical Neurophysiology found that 30 minutes of exposure to LTE cellphone radiation affects brain activity on both sides.

Subjects were exposed to LTE radio frequency for a half hour during their research; the amount of radiation absorbed was reported to be within international cell phone legal limits and the source of the radiation was said to be at least one centimeter away from the ear.

Each participant underwent an MRI to measure brain activity after exposure to the LTE radio frequency radiation as well as following a “sham exposure.”

The results found that the radiation from the LTE 4G technology affected brain neural activity in the closer brain region as well as in the more remote region, including the brain’s left hemisphere.

This was the first study conducted that focused on the short-term effects of LTE and 4G, or fourth generation technology. As these phones have skyrocketed in use, this is considered to be a very important study. To date, there are nearly 60 million 4G subscribers in the U.S.

The long term effects of cell phone radiation have not yet been studied, but it has been linked to a host of detrimental issues in the body such as a weakened immune system, potential harmful effects to unborn children such as behavioral problems and ADHD, sperm damage, and weakened bones.

There is also said to be an increased risk in developing diseases like Alzheimer’s disease, brain cancer, breast cancer as well as brain tumors. While there is more research needed, the evidence is beginning to build.

If you are concerned about your exposure to cell phone radiation, you might consider purchasing a phone that has a lower SAR level, or Specific Absorption Rate, which is a measure of the amount of radio frequency energy absorbed by the body when using the handset. All cell phones emit this energy, with the SAR varying depending on the model of the handset. CNET reports as of July 2013 that the Samsung Galaxy Note emits the lowest SAR level at .19 while the Blackberry Curve 9310 emits 1.58, the highest SAR level.

Buying a phone with a lower SAR may make you feel more comfortable, but keep in mind that there is not a guarantee that it is actually safer. The actual SAR changes frequently depending on a number of factors.

There are a number of steps you can take to reduce exposure, including:

While we don’t suggest that anyone throw out their cell phones, smarter use to avoid radiation exposure seems to make common sense.