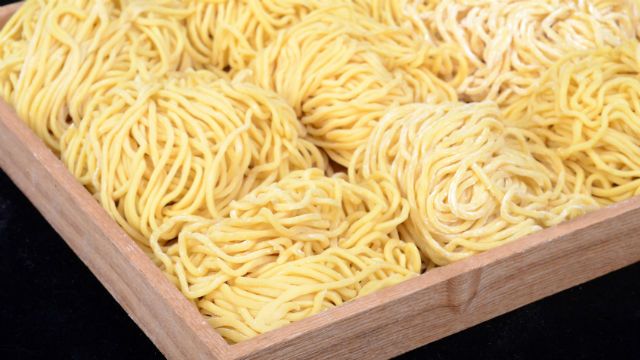 While it is well-known that processed foods are not a healthy choice (and should really be avoided entirely), many specific foods in this category have not been widely analyzed as to their health pitfalls. One very popular processed food choice worldwide is instant noodles.

A new study published in The Journal of Nutrition took a closer look at the effects of instant noodle consumption, and found that they may increase the risk of metabolic syndrome. Metabolic syndrome is defined as a series of risk factors that make one more susceptible to chronic illnesses such as type 2 diabetes and heart disease.

The study consisted of analyzing the data of just over 10,000 adults who participated in the Korean National Health and Nutrition Examination Survey IV, between 2007 and 2009. Each of the participants completed a food questionnaire to determine their dietary habits. Focus was placed on the South Korean population because of their high rate of instant noodle consumption, and the nation’s recent spike in heart disease rates.

When the results of the study were analyzed, the study authors concluded, “the consumption of instant noodles was associated with increased prevalence of metabolic syndrome in women, independent of major dietary patterns.”

Specifically, eating two more more servings per week of ramen noodles or another type of instant noodle was linked to metabolic syndrome. The association was especially pronounced in women. According to Dr. Hyun Joon Shin, the primary investigator of the study, this may have to do with biological differences between men and women, as well as varying accuracies in food reporting.

Dr. Shin also hypothesizes that the bisphenol A (BPA) found in many instant noodle packagings may be connected to the higher metabolic syndrome risk that women who ate these noodles experienced. BPA has been found to interfere with estrogen function in the body.

One major reason that instant noodles were found to have these risks, for both sexes, may well be the monosodium glutamate (MSG) that many brands contain. As we reported in detail in an earlier article, MSG has been linked to a long list of health detriments, including headaches, numbness, depression, obesity and a higher risk of certain cancers.

On the new instant noodle study, Dr. Shin states, “this research is significant since many people are consuming instant noodles without knowing possible health risks. My hope is that this study can lay a foundation for future research about the health effects of instant noodle consumption.”

The bottom line? When it comes to instant noodles (and other processed foods, for that matter), it’s safest to stay far, far away.