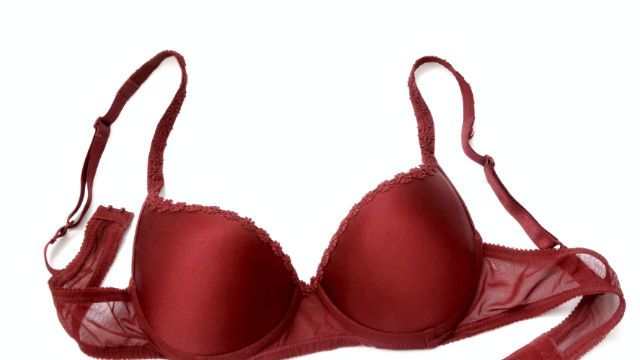 Brassieres: to wear or not to wear? That is one hotly debated question. Some women don’t feel comfortable unless they’re wearing one, while others simply cannot achieve comfort in one.

As to whether wearing a bra provides benefits, or causes potential harm, the research is somewhat mixed. Let’s take a look.

A French study performed in 2013 found that for younger women, wearing a bra could actually be counterproductive. According to the study’s leader, sports science expert Jean-Denis Rouillon, “medically, physiologically, anatomically – breasts gain no benefit from being denied gravity. On the contrary, they get saggier with a bra.”

This is because, Rouillon hypothesizes, when a bra is worn, “the suspension system of the breasts degenerates.” The study also found that instead of decreasing back pain, bras had no effect on back pain in the women studied. Rouillon also states that bras may compromise circulation.

Research for this study was performed over 15 years, and involved 320 women between the ages of 18 and 35. The women’s breasts were measured incrementally over the study period, and it was noted which women wore bras regularly, and which did not.

Of the women that did not wear bras, the study authors wrote,”on average their nipples lifted on average seven millimeters in one year in relation to the shoulders.”

While this research does cast doubt on bras, Rouillon is careful to add that the study sample size was small, and not representative of the female population. He states that more research needs to be done, on larger groups of women, to confirm the results. He also adds that for some women, especially those who are older, a bra may be beneficial.

Aside from this study, one of the biggest issues with bras is that many women – as many as an estimated 80 percent – wear bras that do not fit correctly. This can lead to back pain, pinched nerves which may lead to headaches, poor posture and shoulder discomfort. Also, some bras have been found to contain formaldehyde in the fabric, which has led to allergic reactions and irritation in some women.

Whether you choose to wear a bra or not is, of course, entirely up to you. It is worth it to do your own research on the subject, and see what the studies say for yourself, when making your decision.

If you do choose to wear one, it may help a lot to get it fitted by a professional, to minimize any discomfort and tension. Also, you may wish to get one in organic cotton – to avoid exposure to fabrics which may contain harmful chemicals.

What do you think? Bras: yay or nay?