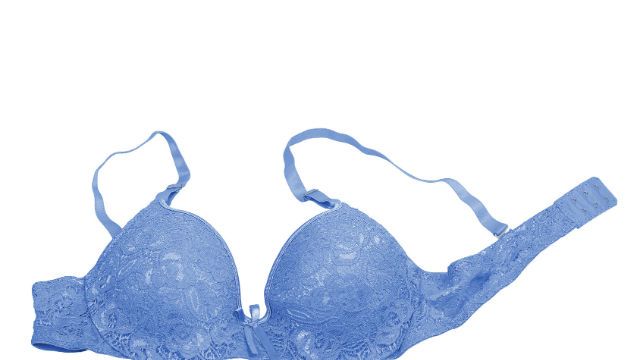 A new study with the goal of debunking the myth that bras are linked to breast cancer, which affects one in eight American women during their lifetimes, may actually have shown that there is a link.

The National Cancer Institute hired the Fred Hutchinson Cancer Research Center to conduct the research in order to prove that there is no association between bra wearing and cancer, disproving the controversy that began some two decades ago with the book “Dressed to Kill: The Link Between Breast Cancer and Bras,” which found that the continual use of wearing bras blocks the elimination of toxins from the lymphatic system, leading to breast cancer.

Cancer experts from organizations like the National Cancer Institute, Susan G. Komen and the American Cancer Society have continually stated that there is no link between bras and breast cancer, but there have been plenty of studies that have revealed at least some association, including a 1991 Harvard study published in the European Journal of Cancer and Clinical Oncology. The Researchers found that premenopausal women who do not wear bras had half the risk of breast cancer compared with bra users.

A 2009 Chinese study, “Risk factors of breast cancer in women in Guangdong and the countermeasures,” found that not sleeping in a bra lowered the risk of breast cancer by as much as 60 percent.”

In a recent Scottish study published in the online journal of the European Institute of Oncology, researchers said that regular use of some cleavage enhancing bras can increase the risk of breast cancer in women.

Despite the mounting evidence, the Fred Hutchinson study, “Bra Wearing Not Associated with Breast Cancer Risk: A Population-Based Case-Control Study,” published in the journal of Cancer Epidemiology, Biomarkers & Prevention, claims it has proven that there is no link between bras and breast cancer. Its lead author, doctoral student Lu Chen, said that the cancer risk was the same or similar no matter how many hours a day a woman wear a bra, what age they began wearing a bra or even the type of bra.

Of course, a link between bras and breast cancer would seriously impact the financial health of the nearly $30 billion lingerie industry.

Some say it could also threaten the multi-billion dollar cancer research treatment industry, pointing out a number of flaws in the Hutchinson study, most notably, that it only focused on women over 55 who wore bras, and that it didn’t have a proper control group or baseline of women who didn’t wear bras.

It also excluded younger women who didn’t wear bras, completely dismissing the 1991 Harvard study that found pre-menopausal women who wore bras had a more than 100 percent increased incidence of breast cancer compared to those who didn’t wear them. The association between bra tightness and lymphatic constriction, a significant factor in the bra and breast cancer link, was also overlooked.

Coincidentally, the Fred Hutchinson Cancer Research Center also happens to be an annual monetary recipient from “Bra Dash” fundraisers, where women wear bras on the outside of their clothing during a 5K race to help raise funds for cancer research.

The new “study,” instead of debunking the myth between bras and breast cancer, seems to exemplify the importance of looking at all of the evidence in order to make the best decision for your health.