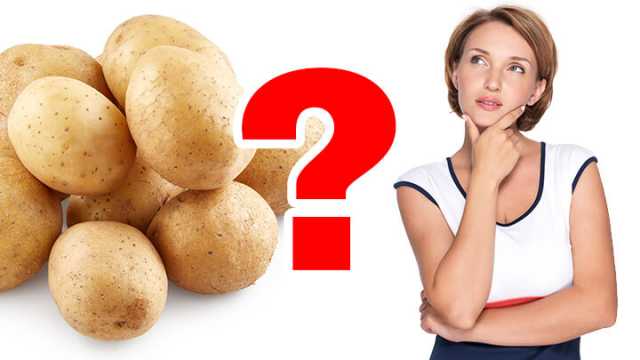 There’s so much you can do with potatoes — fry them, mash them, smash them, bake them and even twice-bake them. Since potatoes are pretty much a staple in most households, there’s a good chance you probably have a few hanging around the kitchen. But did you know there was so much more you could do with spuds apart of eating them? Here are 11 awesome things you can do with potatoes that you probably never thought of.

Sure, you can pick up a can of pricy silver polish at the grocery store. But did you know that there are poisonous ingredients found in metal polishes like hydrocarbons and ammonia? Metal polish poisoning can cause symptoms in several parts of the body, according to MedlinePlus. In fact, that toxic polish you’re using could affect your lungs, heart and brain among other areas.

So, why not use a natural remedy like a potato for removing that tarnish? Simply boil a few potatoes in water. Once they have cooked, remove them — but don’t discard the potato water. Place your silverware (and jewelry) into the water and allow them to soak for about 30 minutes. Remove the silver and give them a good wipe. What you’ll find is that your once tarnished silver is now sparkling and chemical-free.

If you have a nasty spider bite, or even mosquito bites, treat them with potatoes. Just slice a raw potato and press it onto the affected area. For larger bites, you can keep the potato slice in position by securing it with first-aid tape. The potato will significantly reduce the itching and pain associated with bug bites.

No shoe polish, no problem. Cut a potato in half and rub it directly onto the surface of your leather shoes. Like polish, you will immediately notice a dull appearance to the shoe, but don’t worry. Set your shoes down for about five minutes. Then, wipe away the film with a soft brush or cloth. Your shoes will be shiny and clean.

Cheese graters, although useful, are often hard to clean — even in the dishwasher. If you have a cheese grater that’s filled with last night’s pizza topping, then grab a potato and start grating. Unlike cheese, a potato won’t stick to the metal grates. It will, however, push the dried up cheese through the holes. Then just wash your grater as usual, and watch the cheesy residue come right off.

Rust on your BBQ grill? How about your cast iron pan? Even those that have been seasoned properly can eventually develop a little rust on them. But, do you really want to use chemicals that are potentially dangerous for cooking implements?

Butoxyethanol, also known as butyl cellosolve, is often found in rust cleaner. It is a skin and eye irritant. It’s also been linked with blood disorders, according to David Suzuki.

In laboratory experiments, exposure to high doses of butoxyethanol has been shown to cause reproductive problems. Indoor air and skin contact with cleaning products like rust cleaner is the main pathway of exposure.

To remove rust with a potato, cut it in half lengthwise or crosswise, depending on how large the area is that you want to clean. Potatoes contain oxalic acid, which helps break down rust. Dip the cut end into dish soap or baking soda and firmly rub it over the rusted area. If the potato gets too slick, just slice it off and start again. Repeat until all the rust is removed. Then rinse and dry the item. Using a potato is such a natural and non-toxic way to remove rust — why would you use anything else? Use a potato to remove rust from baking pans, knives and even tools.

Create a fun craft for kids

Remember when you were a child and your teacher or parent cut out shapes on a potato so you could make stamps? Well, now you can do the same for your preschool, kindergarten or elementary school children. Just slice a potato in half and cut out a star or heart, or whatever shape you want. Just dip it in paint and stamp away!

Lack of sleep (or too much wine) could result in puffy eyes. Potato slices can relax and treat puffy eyes, just like a cucumber. Simply chill a potato in the refrigerator, then slice it thinly. Place one slice over each eye and relax for about 20 minutes.

Potato slices are also effective for treating dark circles under the eyes. In fact, spas may often use potatoes instead of cucumbers for puffy eyes. They actually work better and produce faster results.

Get rid of blackheads

Blackheads are so unsightly. While there may be a slew of products available, the ingredient list might be less than natural. When it comes to skincare, potatoes can be very effective — particularly the starch in the potato. Even beyond blackheads, potatoes are also good for removing pimples and oily skin, among other common skin conditions. In fact, maltodextrin that’s been extracted from potatoes has even been used in some skincare formulas to enhance the anti-aging activity and reduce skin irritation.

For your own all natural blackhead fix, simply slice a potato and rub it over the affected area. Leave it on for a minute or two. Then rinse your face and gently pat it dry with a towel. You can also blend raw potato chunks with a little water in a high-speed blender, and apply the paste over your face. Keep this on your skin for about 15 minutes, then wash it all off. Your skin will be tighter, smoother and cleaner.

Yes, you can turn a humble potato into a power source. But no, you can’t run your fridge on it. Schoolkids have been doing this experiment for years to light up bulbs for school science projects. According to MadSci, a chemical reaction between two different metals and the juice from a potato create a small electrical charge.

Cut the potato in half, then cut a small slit in each half, large enough for a penny to fit inside. Then wrap copper wire around each penny a few times. Use a separate piece of wire for each penny. Put the pennies in the slits of each potato half.

Wrap copper wire around one of the zinc-plated nails. Now stick the nail into one of the potato halves. Take the wire that’s connected to the penny and wrap it around the second nail. Stick that second nail into the other half of potato.

When you connect the two loose ends of the copper wires to the light bulb it should light up. Just be careful when handling the wires, since there is a small electric charge running through them. Hydrogen gas may also be present, so don’t perform the experiment near open flames or strong heat.

We’ve all been there — a broken light bulb that needs removing from an electrical socket. Although most newer bulbs come with a more substantial base that allows you to more easily remove the broken bulb from a socket, some older versions still exist. So, if you haven’t changed out your old incandescent bulbs, removing a broken bulb from the socket can be tricky. But not if you have a potato!

First, make sure the light switch is off. Put on gloves and eye protection. Then, with a pair of pliers, break away any remaining glass. Cut the potato in half and firmly press it against the socket. Begin by twisting it counter-clockwise. The potato should grip the base of the bulb sufficiently, turning it while the socket remains still. Once you have removed the bulb, dispose of it and the potato.

Over salted stew? No worries. Remove excess salt from your soup or stew with a potato. Just drop a few potatoes in your simmering pot to remove salt. As the potatoes cook and soften, they should absorb all the extra salt. Repeat if necessary and discard the potatoes.

There you have it, a few awesome and handy tricks for the humble spud!