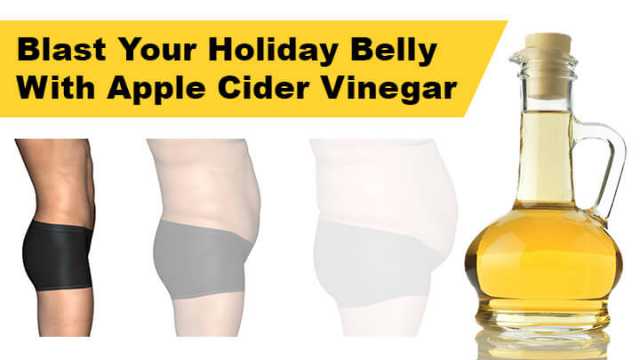 Another holiday season has come and gone. Now it’s time to take a serious look at that post-holiday weight gain. You’re not alone. It’s a rare breed that doesn’t find themselves guilty of overindulging during the holiday season. Don’t stress. Here are some great tips for reducing excess fat.

The psychology of overeating

It’s not hard to figure out why you can’t stop overeating come January. Let’s face it, all those holiday finger foods, dinners and cookies did more than just fuel your body and satiate your hunger. It also helped release dopamine — a chemical that plays a major role in pleasure and reward-motivated behavior. Dopamine is released when you are in a state of “want.” This creates a need that is never truly satisfied.

You may think you will feel better by shoving 10 sugar cookies into your mouth. However, once you get it, you’re not really satisfied. That’s because the brain releases more dopamine to trick you into getting you to want something. But, once that happens, it’s game over, says obesity expert Dr. Billi Gordon. Soon, wanting to eat more becomes more pleasurable than actually eating it.  And, come January, that can turn into a never-ending cycle of compulsive overeating. So, what can you do to combat overeating and slash that fat?

Normally the brain prevents over-eating through impulse control. However, if you’re compulsively overeating the brain may not be doing it’s job. Eventually, overeating becomes more comfortable with time and repetition. But like all habits, this can be broken, thus allowing more positive habits to shine through.

Begin by concentrating on one eating goal per day and make it manageable. Eliminate an unhealthy food or add a healthy one into your diet. This will boost your confidence with control and delay gratification. Furthermore, distract your urge to eat by talking to friends or exercising. 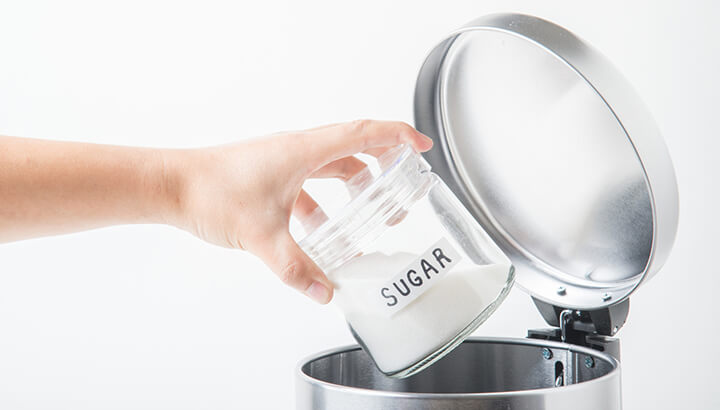 Sugar is sweet and highly addictive. And there are many different theories on what causes sugar cravings. These include food allergies, adrenal fatigue, hormonal changes in women, parasites, yeast and bacterial overgrowth. According to several studies, sugar is extremely harmful to your health. It’s known to increase belly fat and liver fat. This leads to insulin resistance and a host of metabolic problems, according to research by Georgia Health Sciences University.

We all know eliminating sugar is not easy — it’s everywhere these days. It’s even hiding in foods you’d never suspect. But eating too much sugar overloads the liver with fructose and turns it all into fat, says the American Diabetes Association. So, if you want to lose that belly fat, stop eating refined sugar and stop drinking sugary sodas, which is far by worse for belly fat. Start reading labels to avoid added sugars, even on those so-called health foods.

If you want to lose that excess fat, then adding protein to your diet is the single most effective way to reach your goal. When it comes to losing weight, protein has been shown to reduce cravings, particularly when eaten at breakfast, suggests research by The University of Missouri.

Researchers have also found that protein boosts the metabolism and helps you eat less calories per day. In fact, according to a Netherland study, not only will protein help you lose weight, it can also help you avoid regaining weight. There is also some evidence suggesting that protein effectively fights against belly fat. One study published in the journal Biomed Central showed that people who ate high-quality protein often had much less belly fat than those who did not.

Reducing your carb intake is an effective way to lose fat. This is supported by numerous studies. One study in particular, conducted by Duke University, found that cutting carbs diminishes your appetite, which leads to weight loss. In fact, the study found that low-carb diets lead to three times more weight loss than low-fat diets. This held true even when the low-carb groups ate as much as they wanted, while the low-fat groups were left calorie restricted and hungry.

In addition, reducing your carbs can reduce water weight. It can also target belly fat, along with the fat around your organs and liver. That means that fat lost on a low-carb diet reduces the often dangerous and disease promoting abdominal fat.

Simply avoid white bread, pasta and baked goods. Replace these foods items with protein. For an even faster fat-burning, reduce your carbs to 50 grams per day. This will put your body into ketosis, which reduces your appetite and makes your body burn fats for fuel. And if you’re wondering what 50 grams of carbs looks like, it’s about two slices of bread, or one slice of bread plus one cup of oatmeal. 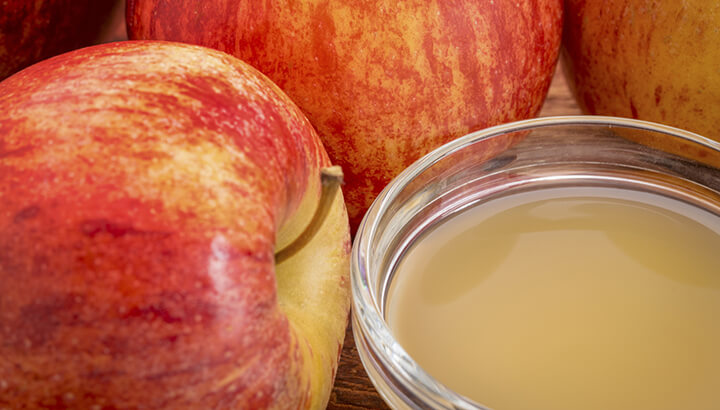 Abdominal fat may be hard to shake. However, by simply adding apple cider vinegar to your diet, you can rid yourself of that post-holiday weight gain. Research shows that apple cider vinegar has many health benefits, including lowering blood sugar levels and decreasing insulin levels, thanks to acetic acid. A Japanese study concluded that a diet containing acetic acid enhances fatty acid oxidation in the liver.

When it comes to fat loss, most people head to the gym for a cardio workout. Strength training is often ignored. But that could be a big mistake when you’re looking to lose fat fast and still retain muscle. Researchers at McMaster University discovered that through weight training and a high-protein diet, people can lose fat but still gain muscle quickly.

Participants were divided into two groups. Both groups went on a low-calorie diet, but one group consumed more protein than the other. The high-protein group experienced 2.5 pounds of muscle gain despite consuming inadequate energy. The lower protein group, while losing weight, did not add muscle. What intrigued researchers was that the group who consumed high-protein also lost more body fat.

“We expected the muscle retention,” said Stuart Phillips, a professor in the department of kinesiology at McMaster and lead investigator on the study. “But, we’re a little surprised by the amount of additional fat loss in the higher protein-consuming group.” All in all, results showed that the high-protein group lost 10.5 pounds, while the low protein group only lost eight pounds. 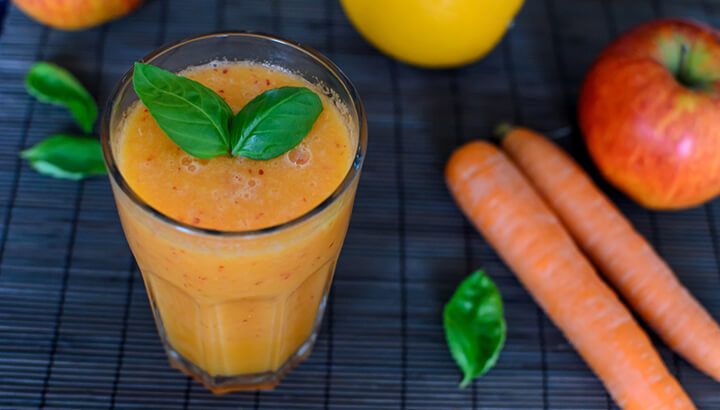 And of course, when increasing your protein and decreasing carbs, you’ll want to consume as much fiber as you can to keep your system moving. But fiber also helps keep you feeling full — faster and longer. It keeps you satisfied long after eating, since the body processes fiber more slowly.

In addition, fiber-packed foods are also higher in volume, which means you eat fewer calories but still feel full. One study published in the Journal of the American Dietetic Association linked a high intake of fiber with lower body mass index and reduced risk of type 2 diabetes and heart disease.

To help slash fat, consume 25 grams of fiber for adult women and 38 grams for adult men. Replace all white bread, pasta and rice with whole grain versions. Make fruit and vegetable smoothies as a fiber-rich snack between meals. Include fruits such as apples and carrots, which are naturally high in fiber.

Most of us know how easy it is to pack on the holiday pounds and how hard it is to get rid of them. But, by simply reducing carbs and sugar, upping your protein intake, and adding apple cider vinegar to your diet, you can make great strides towards slimming down and keeping that excess weight off.