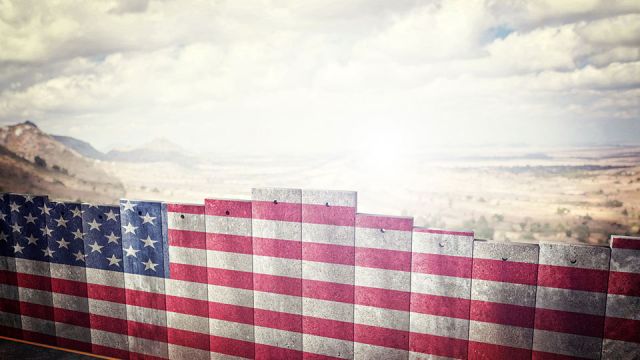 A new report from the Center for Immigration Studies shows that the United States immigrant population recently reached a record high of 44 million.

In 2016, there were 43.7 million legal and illegal immigrants in the U.S., which made up 13.5 percent of the total population. Doing the math, that is more than one out of every eight residents.

Reports by the Pew Research show that around 11 million people are currently undocumented immigrants in the United States, with 42 percent overstaying on their visas. The year 2016 also marked the largest percentage of immigrants since 1910, a year in history that is significant for being the third major wave of migration.

Surprisingly, over the past 50 years, the United States has added nearly 120 million people, according the data by the Center for Immigration Studies (CIS).

These new immigration numbers don’t include the American-born children of immigrants. If you factor the 16.6 million of them in, it would equate to 60.4 million people in total, making immigrants and their children one out of every five people.

“The enormous number of immigrants already in the country coupled with the settlement of well over a million newcomers each year has a profound impact on American society, including on workers, schools, infrastructure, hospitals and the environment,” said Steven Camarota, CIS director of research and co-author of the report.

Mexico is the origin of the most immigrants to the United States, both legally and illegally, but the amount of immigrants coming from the nation are not increasing as rapidly in the past. Interestingly, the four most populated states in the U.S. seeing the largest increases in immigrant residents are California, Texas, Florida and New York.

It is not yet known if President Trump will significantly change trends in immigration, especially illegal immigration, which was one of his top campaign priorities, along with the proposed border wall. In the meantime, Immigration and Customs Enforcement (ICE) has been stepping up their migration enforcement.

Here is one tweet about immigration throughout his presidential campaign:

“Concerns about the explosion of immigration — especially of illegals — helped Donald Trump win the presidency and has prompted his administration to crack down on illegal immigration and refugees,” the Washington Examiner reported.

So far, reports have illegal border crossings down this year, but most illegals are still entering the United States through the border states of Texas, California, Arizona and New Mexico.

The new study definitely has people talking about immigration throughout the country. Some think that more immigration is necessary and a positive thing for the country, while others disagree by saying we already have enough people.

Why does the US bail out so many countries?We have a 20T deficit.WE have so many Americans in poverty.WE take in way to many immigrants,etc

We need immigrants to grow the economy. It’s a simple fact.

What are your thoughts on this new immigration report and immigration in general? Let us know in the comments!