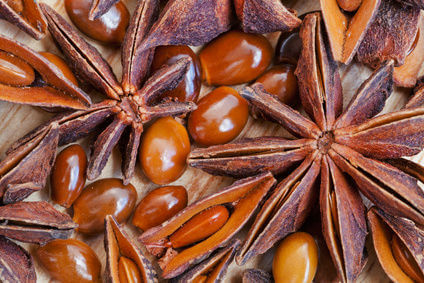 Anise seed has been used since the time of the ancient Greeks for both flavoring dishes and treating a wide range of ailments.

Modern science has now confirmed some of the health benefits of anise seed, namely its effects as an antispasmodic.

Anise, or Pimpinella anisum, is also called anise seed, aniseed, Chinese anise and sweet cumin. The plant is native to Egypt and the Mediterranean, and is cultivated in Asia, Europe, North Africa and Russia.

Anise seed has been used traditionally to aid with conditions such as digestive disturbances, respiratory trouble, colds, menstrual cramps and insomnia. A study  performed at the Universidade de Sao Paulo in Brazil provides significant scientific validition for these uses.

Researchers discovered that a combination of water, ethanol and anise acted as a relaxant on the anococcygeus (pelvic floor) smooth muscle of lab rats. Along with the pelvic floor region, smooth muscle is found all over the body; it lines the blood vessels, digestive, respiratory and reproductive tracts, and is also present in the iris of the eye, among other places.

The Universidade de Sao Paulo study authors write, “the relaxant action displayed by Pimpinella anisum justifies its use in the folk medicine as an antispasmodic agent.”

The effect of anise on relaxing the smooth muscle of the body may explain its potential ability to ease intestinal, menstrual and muscular cramps. As smooth muscle is found all over the body, system-wide relaxation can certainly promote a better night’s sleep, and less suffering from insomnia.

This study may also explain anise’s potential effect on coughs and colds, as it may relax airways. Anise is also linked to functioning as an expectorant, thinning the mucus clogging your respiratory system during a cold and making coughs more productive.

Anise seed makes a delicious tea, and can also be used in cooking to add a sweet and spicy flavor to your favorite dishes. Anise essential oil can add some luxurious relaxation to a massage, or add aromatic benefits throughout your entire home when added to a diffuser.