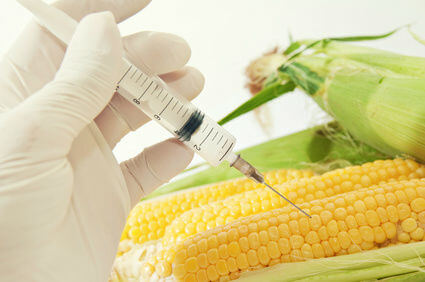 In a highly unfortunate turn of events, Washington state’s Initiative 522 was rejected by voters 54.8 percent to 45.2 percent. The initiative would have required the statewide labeling of foods containing genetically modified ingredients, as well as genetically modified seeds and seed products.

Initiative 522 would have been the first GMO labeling initiative to become effective independent of surrounding states’ laws. Maine and Connecticut passed labeling laws last June, but these laws are conditional, and will not come into effect until surrounding states pass similar laws.

Top financial contributors for the opposition were, not surprisingly, the Grocery Manufacturers Association, Monsanto, DuPont Pioneer, Dow AgroSciences and Bayer CropScience. It is interesting to note that only 550 dollars of this 22 million dollar sum came from Washington residents, and most of the money came from outside of the state.

The ‘Yes on I-522’ campaign stated that they were, “motivated by a very simple principle. People have the right to know what’s in the food they eat and feed their families.” We know little to nothing about the long-term effects of GMOs on human health and the health of the environment, and according to the Institute for Responsible Technology, some research has indicated that they may lead to increased allergies and immune system issues, among other potential health problems.

Although for now, the Washington vote has put aside this “right to know,” hope for eventual GMO labeling in this nation is far from lost. According to a factsheet  put together by the Center for Food Safety, laws requiring that consumers be informed when there are GMOs present in their food are in place in 64 countries. In the U.S., 23 states currently have pending GMO labeling legislation.

Oregon is the next state scheduled to fight the good fight for GMO labeling. On I-522’s recent defeat in Washington and its effect on the Oregon initiative, Scott Bates of GMO Free Oregon says, “it would have been better if it had passed but it’s not going to change our course of action at all. We’re still moving forward to some degree with even more determination than before.”

In California’s 2012 battle to label GMOs, the measure lost by only a tiny margin; the vote that defeated the initiative was 51.4 percent to 48.6 percent. With Washington’s vote being very close as well, more and more people becoming educated on the potential risks of GMOs and numerous anti-GMO groups fighting hard, the tides may indeed shift yet.

According to New York University nutrition professor Marion Nestle, “sooner or later, one of these is going to pass. It’s only a matter of time. At some point the industry is going to get tired of pouring this kind of money into these campaigns.”

We can only hope it’s sooner rather than later.