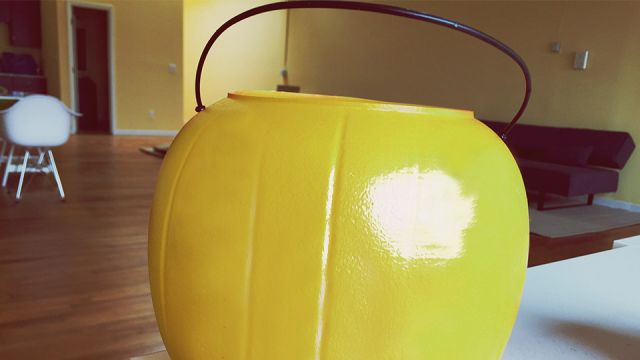 It’s a mission to help special needs children have a more enjoyable experience while trick-or-treating with friends and family.

Her hope is that all children with special needs will use yellow pumpkins to collect their candy in so that candy givers will know directly upfront if the child has some kind of disability.

The founder, Laura Slatter, says she came up with the idea last year when her 4-year-old son was denied candy because he couldn’t say the words “trick or treat”.

Slatter’s son has been diagnosed with apraxia of speech. He was trying to say the phrase correctly but was unable to get the words out well enough for some homeowners.

Sadly, that is when his night of trick-or-treating came to an end.

Laura is doing everything in her power so that her son, and others with disabilities, will never have to go through something disheartening like that again on Halloween.

As opposed to confusion, Slatter wants the yellow pumpkins to be a symbol of acceptance for everyone who just wants to enjoy the holiday like every other child.

Slatter says, “I know of families that don’t go trick-or-treating because they’re scared this might happen or they have other special needs and they’re scared of not being accepted.”

Another reason for this movement is that sometimes children with disabilities may grab multiple pieces, despite instructions which say to take one piece only.

Others may have sensory issues, or others, depending on different situations.

“Someone who is not dressed in full costume because they have sensory issues, they may look older than the age cut-off, but mentally they still want to go trick or treating and a piece of candy can make a child’s day that much better,” writes Slatter.

So far, the initiative is going to be giving out one thousand yellow bags across South Carolina.

She passionately hopes that others will follow her trend to help make sure all people with disabilities have the most enjoyable Halloween possible this year.

The Yellow Pumpkin Parade is definitely a great step towards making the trick-or-treating tradition more pleasant for children.