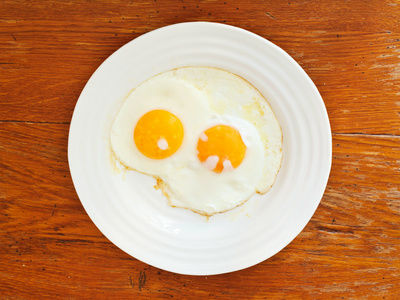 Many people say one of the reasons they don’t eat healthy foods is that they can’t afford them. A study released earlier this year confirmed that healthier foods and diet patterns do cost more on average. The results showed that unhealthy foods cost about $550 per year less than healthier fare.

The largest price differences were found with meats and protein-based foods, although the authors of the study cautioned that their conclusion was based on comparing a very healthy diet that includes plenty of fresh fruits and vegetables as well as fish with one that is filled with processed foods, meats and grains which means the price difference is based on a relatively extreme contrast.

Regardless, one thing that is not considered is the high cost of healthcare that is associated with eating a poor diet. The price difference between eating healthy and unhealthy foods is a minor consideration if the long term costs of treating diet-related chronic diseases are included.

Still, numerous families across America, and beyond, are facing economic struggles that can make the decision to pay more for healthier foods a tough one. Fortunately, this doesn’t mean you have to give up fruits and veggies – there are actually quite a few superfoods that come in at under a dollar per serving that can help you to achieve or maintain optimal health.

Beans of all types are packed with satisfying fiber that helps keep you feeling fuller longer and also supports heart health. They’re loaded with protein and a number of essential nutrients like calcium, potassium and magnesium.

Research has found that consuming beans can reduce the risk of cardiovascular disease, diabetes, high blood pressure and several types of cancer. At just 18 cents per a cooked, half-cup serving, beans are a bargain.

Bananas are a great cheap, superfood. They contain lots of vitamin C and B6, are rich in carotenoids and also contain 3 grams of fiber that can help you feeling full to ward off cravings. Of course they are also known as “Nature’s Powerbar” due to their high potassium content which aids in the proper functioning of all the body’s cells, tissues and organs.

Go organic to avoid pesticides, the average organic banana costs just seven cents more than one that is inorganic.

Besides, the chemicals that are used leach into the soil and through the peels so the bananas contain unnecessary toxins. Besides, an organic banana these days is hardly more expensive than the conventional type – 33 cents compared to 26 cents.

On average, organic celery is just ten cents a pound higher than non-organic celery at about 99 cents per pound. Eating four sticks a day is said to produce a moderate reduction in blood pressure due to celery’s rich supply of phthalides which are phytochemicals known to support heart health.

Adding garlic to your meal is not hard on the pocketbook, averaging just pennies per clove, and it packs a punch when it comes to health benefits. It contains 70 active phytochemicals and regular consumption has been found to lower rates of ovarian, colorectal and other types of cancer.

To maximize garlic’s effects, crush or mince the cloves first and let stand for 15 minutes before heating. In addition, make sure to buy locally grown organic varieties. Garlic from far away countries tend not to be organic. Yes, they can be priced well below the organic variety, but the difference in price per clove is quite minor when considering your health. 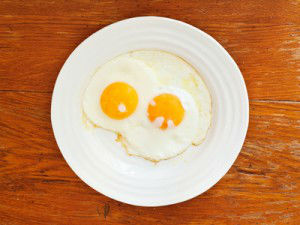 Although free-range eggs are pricier than conventional eggs, they’re still economical at an average of $2.99 to $3.99 per carton, or 25 to 33 cents per egg. They contain 13 essential nutrients, including protein which helps battle cravings for less healthy foods later in the day as well as helping to maintain muscle mass.

Eggs got a bad rap for a while due to their fairly high cholesterol amount; however, it’s been proven time and again that consuming eggs helps to raise HDL, or good cholesterol while changing LDL cholesterol from the small, dense LDL type which is bad, to large LDL, which is benign. Eggs are also rich in the antioxidants Lutein and Zeaxanthin, which helps to significantly lower the risk of age-related eye disorders.

Now, you really have no excuse to include superfoods in your diet every day!