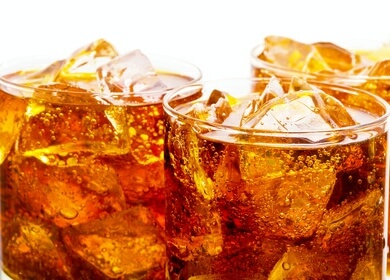 It has happened again: a beverage manufacturer has been hit between the eyes with a spotlight and everyone is talking. This time it is all about Pepsi and their caramel coloring. While this synthetic ingredient is surely no good for us, is it all that we should be worried about when we pop the lid on a soda?

Pepsi told consumers that they would modify their manufacturing process after the California state legislature voted to name caramel coloring agent a carcinogen. According to the Center for Environmental Health, high levels of the caramel coloring agent known as 4-methylimidazole (4-MEI), were found in Pepsi products located in ten states.

Both Pepsi and Coke products in California and nationwide were tested by a commercial bio-analytical testing lab in June. Testers found that the Pepsi formula had been modified for California soda only. Coke complied, and their products were not found to contain the chemical compound.

What is Caramel Coloring and is it Really Dangerous?

Caramel coloring is an agent that is created, not from natural caramel, but from a process that involves ammonia. It is formed when sugars are heated with ammonia and sulfites at high temperatures. The result is a compound that government studies have found causes liver, lung and thyroid cancers in laboratory mice.

The Center for Science in the Public Interest recommended that the FDA eliminate this dangerous compound from our food supply, or force all food manufacturers using it to put a warning label on their products.

Of course, those that make the soda are telling consumers that the flavoring poses no risk. Despite the results of numerous studies, the Food and Drug Administration supports the soda producers’ view that a consumer would have to drink more than 1,000 cans of soda each day to reach the cancer levels found in animal studies. The European Food Safety Authority and Health Canada both consider caramel coloring safe and use it in food and beverages.

While there appears to be some healthy debate over the actual health risks of caramel coloring, it is important to realize that compounds such as the one in question have been found to linger in the body, thus producing a cumulative effect. An especially pertinent point for regular soda drinkers to ponder.

Even if you were okay drinking sugar boiled in ammonia, there are other highly dangerous ingredients lurking in soda that deserve no place in the human body.

This loosely bound, highly unstable sugar forms compounds that damage cells and tissue, and is linked to diabetes. When products with HFCS are consumed, there is a tremendous strain on the pancreas and, according to research, the risk of pancreatic cancer may increase.

The risk of developing metabolic syndrome, a condition involving extra fat around the stomach, and organs beneath the stomach, along with elevated blood pressure, low levels of good cholesterol and obesity, is 50% higher amongst people who consume one or more sodas each day. This condition can lead to heart disease, stroke and diabetes.

This cheap and deadly sweetener is found in baked goods, as well as canned and most sweetened beverages on the market today. An average can of soda contains 17 teaspoons per 20 ounces, or 13 teaspoons per 12 ounces.

Sodium Benzoate, thought to induce hyperactivity in children, is used as a preservative in most soft drinks. When sodium benzoate combines with citric or ascorbic acid it forms benzene. Benzene is a known cancer-causing agent which increases the risk of leukemia and other cancers.

The body uses phosphorus as long as a one to one ratio of calcium to phosphorus is maintained. When too much phosphorus is consumed, an imbalance occurs. The phosphorus begins to eat away at the liver and the stomach lining while it upsets the pH balance of the kidneys, which can cause a number of health conditions to arise.

Soda is high in phosphorus and researchers state that it is because of soda consumption that phosphorus levels in most Americans is “off the charts.” When levels are elevated, calcium is not absorbed well and leaches out of bones, causing bone loss and osteoporosis. Studies have shown that the phosphoric acid in soda pop can dissolve bones at a rapid rate.

In addition, individuals who consume soda on a regular basis may develop kidney stones because minerals are being flushed from their bodies. Adults over 40 need to be especially careful because the kidneys become less able to flush the phosphorus from the body. A low calcium to phosphorus ratio increases the risk of hypertension and colon cancer.

Saccharin is a popular, petroleum-derived sweetener used in soda pop. Although the public has been convinced by the soda industry that saccharin is effective for weight loss, the risks outweigh any potential advantages. Over thirty years of studies show that saccharin has carcinogenic effects on the bladder and female reproductive organs with only one to two sodas consumed daily. 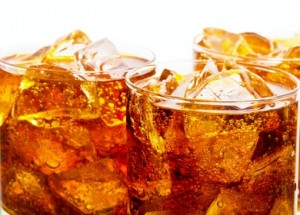 According to the Public Board of Inquiry, Aspartame, another popular artificial sweetener, contributes to the development of brain tumors.

Caramel coloring aside, sodas are just plain no good for anyone and offer zero nutritional value to a body that requires energy from whole food to thrive. Instead of wasting your money on a drink that could potentially destroy your health try the following non-toxic alternatives: