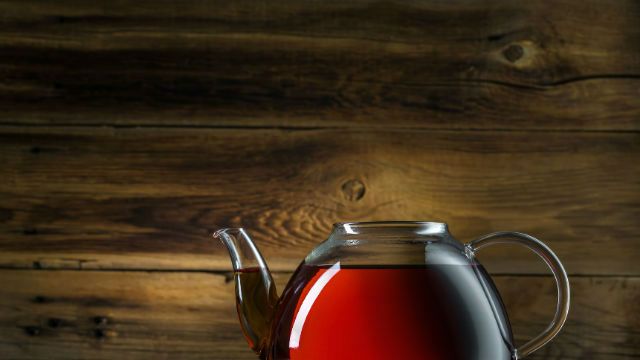 Red bush tea, also known as rooibos tea, which literally means red bush, is an herb that grows from a small shrub which only thrives in a region near Cape Town, South Africa. Its health benefits have been valued in South Africa for centuries, but this sweet-tasting, healing tea is becoming increasing popular throughout the world.

Red bush tea contains lots of powerful antioxidants, including quercetin, which is known to help protect against all sorts of illness and disease including cancer, diabetes and heart disease. In addition to this potent substance, it also contains a high concentration of two lesser known antioxidants, aspalathin and nothofagin.

These polyphenol antioxidants help fight free radicals which can help slow the aging process, reverse visible signs of aging and protect against disease. These compounds also offer nerve relaxing properties that may even reduce the risk of Alzheimer’s disease.

As the tea contains a high level of flavonoids, particularly quercetin, this compound has the ability to encourage healthier digestion and supports the digestive system in a number of ways.

Rooibos can help relieve diarrhea and cramps, ease nausea, stomach upset and indigestion, in addition to reducing inflammation and allergies. It’s also believed to alleviate colic in babies, and as it’s completely caffeine free, it’s also safe for them to consume.

Red bush tea is also considered to be a safe and effective insomnia remedy. As the tea lacks caffeine but contains a high mineral content, including magnesium, calcium, manganese, zinc and iron, it’s known to encourage calm and relaxation in addition to reducing sleep disturbances.

The tea also contains alpha hydroxy acid which is commonly found in those expensive skin products for promoting healthier skin. It’s been shown to minimize acne when applied directly to the skin twice a day.

It can also help improve eczema, psoriasis, diaper rash, as well as the pain and itch of sunburns. Just apply a freshly brewed and cooled tea bag to affected areas to soothe and heal inflammation. In South Africa, many of the skin care products on store shelves feature rooibos as one of the ingredients.

The powerful flavonoids in red bush tea also help to regulate blood pressure and enhance stability of capillary arteries. This results in a reduction of cholesterol buildup and blood clots, lessening the chances of heart attack and heart related disease.

It also contains a potent antioxidant known as chrysoeriol, which can improve circulation by preventing the activity of an enzyme known to trigger cardiovascular disease.

If you haven’t tried red bush tea, it’s time to add this fabulous beverage to your kitchen cabinet. It has a naturally slightly sweet taste and is delicious served hot or as an iced tea.