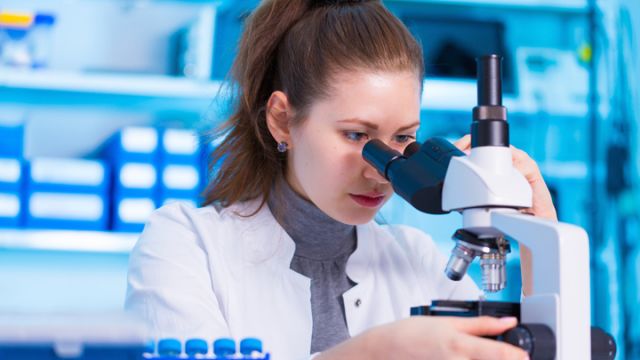 You no longer need to travel overseas to receive stem cell treatments. Clinics offer them right here in the United States. Since many of these clinics and procedures exist without FDA approval, however, extreme due diligence is recommended. Here are five kernels of information to get you started.

While the embryonic stem cell debate raged on, new discoveries were made and new therapies developed. Chief among them was the discovery that adult stem cells are useful all on their own. Though not as versatile as their embryonic counterparts, the use of adult stem cells come without ethical controversy.

Induced pluripotent stem cells also have been welcomed to the scene. Manufactured in a lab, you can think of them as adult stem cells that have been reprogrammed to be as versatile as embryonic stem cells.

Stem cell therapy may sound futuristic, but the future is here. A report published by Cell Stem Cell identified more than 500 clinics operating in the United States alone. Based on the marketing claims, one might expect stem cell therapies to eliminate joint pain, keep skin shiny and wrinkle-free long past its natural time and even cure serious illnesses such as muscular dystrophy. If the number of therapies offered sounds too good to be true, that’s because they are. The supporting evidence for claims of miracle treatments and success range from experimental to frankly dubious.

Only one stem cell product is now approved by the FDA

Hemacord, used in hematopoietic stem cell transplantation, is the only FDA-approved stem cell product. Many others are under investigation and “stem cells that come from bone marrow or blood are routinely used in transplant procedures to treat patients with cancer and other disorders of the blood and immune system.” Not having FDA approval doesn’t mean that a treatment won’t work, but it does mean that it hasn’t undergone the rigorous clinical trials necessary for FDA approval.

For example, clinics had been offering stem cell treatments as a possible treatment for multiple sclerosis long before the FDA finally accepted drugs into its arduous approval process — starting with Phase 1 trials in 2013.

Regulating stem cell treatments is more complicated than you think

The FDA process is thorough because a mistake can have serious consequences for both individuals and the future of medicine. No one can forget the babies born deformed from the FDA-approved drug Thalidomide, touted as a safe sleep aid for pregnant woman. Parents who put their angst-ridden teen on anti-depressants only to discover that they can cause suicide in teenagers probably wishes the FDA had been more thorough, not less.

Damage done by supposed treatments that actually cause harm can taint public opinion and hinder viable medical research for years, ultimately keeping safe, effective treatments off the market longer. But multiple sclerosis is a more serious problem than insomnia. Should patients who have exhausted all other options and are now facing probable death be denied unapproved treatment options? A patient with three months to live might be willing to risk any number of unintended medical consequences for an extended lifespan.

The nature of stem cell therapies also makes regulation challenging. In many cases, clinics do very little to the cells. They simply harvest them from one area and inject them into another. This has led some groups, such as Patients for Stem Cells, to demand a right to use their own cells without FDA oversight.

Patients looking into stem cell therapies often think that the worst outcome is no outcome at all. They are wrong. John Gass returned from a stem cell treatment center overseas more disabled than he had left. An odd, painful growth in his spine increased his paralysis. Given Gass’s quality of life before his treatment, his situation may have called for a gamble. Not every person who opts for these untested treatments are in such a bind. One California woman, for instance, asked for a facelift and ended up with bones growing in her eyes.

Dr. Paul Knoepfler is a stem cell researcher and cancer survivor. In his Patient’s Guide to Stem Cell Treatments he cuts to the chase: “A stem cell drug consists of living cells that often behave in unpredictable ways. What this means is if the stem cells are doing bad things your doctor has no way to stop it. You have no way to stop it. Also because stem cells are alive they can grow inside your body, move around, and change. This can be helpful or harmful, but the big point is that it is not something that is controllable or reversible.”