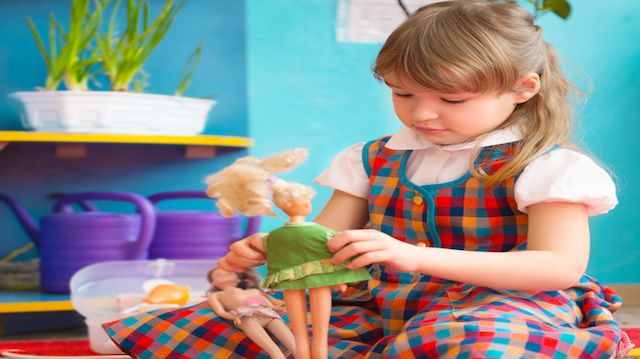 Up until this year, Mattel’s classic Barbie doll hadn’t changed much since 1959. She was found in one size: an impossible image of a “perfect” female body that many little girls unfortunately take to be the ideal.

According to MedicalDaily.com’s “Is a Barbie Body Possible” chart, scaled to human size, Barbie would have a 16-inch waist, and 7-inch biceps. An accompanying chart shows that Barbie’s measurements and proportions are significantly thinner than most anorexics. Not exactly a healthy portrayal of the female body.

Recently, however, Mattel announced the “Evolution of Barbie.” A description of the new dolls on Barbie.com reads:

Barbie will now come in the original size, as well as tall, petite, and curvy. Many people are especially pleased about Barbie’s new curvy shape, believing a more realistic representation of the female body will encourage young girls to feel confident about their own shape. The new skin and eye colors are also an improvement, bringing more diversity to the playroom.

CNN’s Charles Osgood reports that Barbie’s sales have been down every year since 2012, and that Barbie’s new look is a “response to criticism that original Barbie doesn’t look like a lot of little girls these days.”

Some argue that dolls are imaginary playthings, and no one should base their ideal body type on a toy, which is a valid point. After all, we don’t expect real bears to look like teddy bears, do we?

However, many young girls who play with Barbies do unfortunately accept her shape as the “ideal” shape for a woman to be, and end up criticising their own bodies, or shaming other people’s bodies, if they are not thin enough.

An excerpt from an essay published on Pennsylvania State University’s website, entitled “Brainwashed by Barbie… What a Doll!” reads: 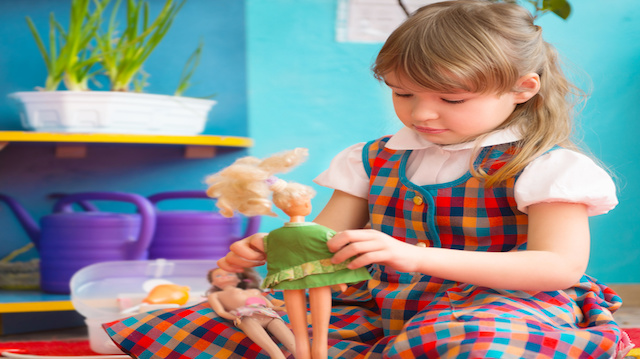 “Since the Barbie doll was developed in the 1950’s, the figurines have also impacted the lives of children in some negative ways. Although the doll is technically just a plastic toy, young girls take much more from the Barbie experience than someone could even fathom, and have led millions of girls onto a path of low self-image and poor mental health. The doll has led many girls toward eating disorders, body image issues, physical transformation, and lowered confidence.”

This may prove to be a highly positive move by Mattel, even if it is in response to dipping sales rather than an altruistic desire to help young girls. The emphasis that curvy is an attractive — and healthy — body shape may go far to build confidence. The same goes for tall and petite girls who may feel awkward or ostracized because of their appearance.

It’s high time that children — and all of us for that matter — realize that we do not have to be rail-thin to be healthy. In fact, research has shown that being underweight can be as dangerous as being obese. A healthy body comes in all shapes, and if the new line of Barbies catches on, it may help many girls to stop idolizing an impossibly skinny mascot, and focus instead on being healthy.