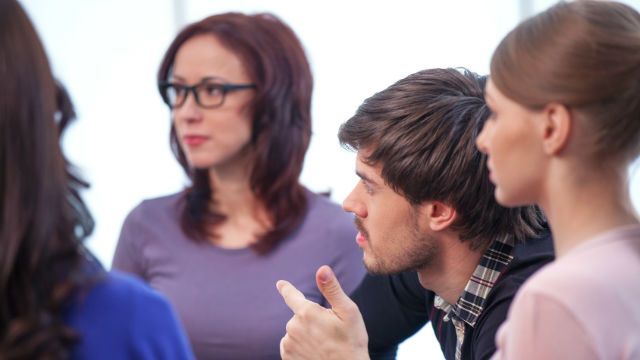 Sitting still for long periods of time is one of the most detrimental habits of our modern Western culture. In fact, according to the authors of a large-scale 2012 study, “prolonged sitting is a risk factor for all-cause mortality, independent of physical activity.”

Too much sitting has also been linked to insulin resistance and the development of belly fat, which increases our risk of heart disease, type 2 diabetes, stroke and other chronic conditions. This is bad news for those of us who sit in office chairs all day at work.

A new study  from the Olin Business School at Washington University in St. Louis, Missouri sought to test the benefits

According to first author Andrew Knight, “organizations should design office spaces that facilitate non-sedentary work. Our study shows that even a small tweak to physical space can alter how people work with one another.”

The study consisted of 54 groups all given the task of creating a university recruitment video in 30 minutes. Some groups worked in a standard meeting room seated around a table, and others worked standing up, with no chairs available.

The teamwork of each group was monitored by research assistants, who also viewed and assessed the finished videos. Each team member was also asked to rate their team’s progress, and how well each person shared ideas.

Results of the study showed that on average, the standing groups presented better quality videos. The individuals that had participated in standing groups were also found to be more open and less “territorial” of their ideas. Sensors that each team member wore around their wrist indicated that those who stood were more physiologically stimulated by the meeting.

The study authors wrote, “we propose that a non-sedentary workspace increases group arousal, while at the same time decreasing group idea territoriality, both of which result in better information elaboration and, indirectly, better group performance.”

Knight states that some of his new research involves walking meetings – and he is not alone in this notion. As we recently reported, more and more companies are hosting meetings on the go in the great outdoors, and some are even installing treadmill desks, so employees can stay in motion while answering calls and emails.

If you are one of the many people who has a “sitting job,” make a point to get up, stretch and walk around as often as possible – at least once an hour, and preferably every half an hour. If you are a manager in charge of organizing meetings, consider a standing meeting, or better yet, a walking meeting outdoors.

Even if you are not a manager, you can still suggest this option to your employer – they may be very grateful for the suggestion, especially if it results in increased employee morale and creativity.